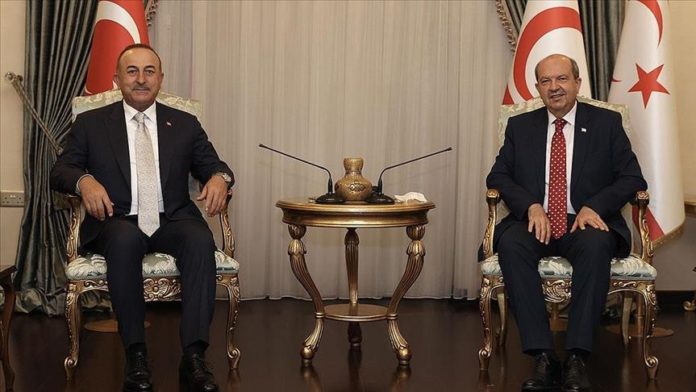 Appointing a UN special representative to Cyprus would be pointless for now, as the envoy would have nothing to do, said Turkey’s foreign minister on Thursday.

“It only makes sense to appoint a special representative after seeing that there is common ground and a decision has been made to start new negotiations,” Mevlut Cavusoglu told a news conference following a meeting with Ersin Tatar, president of the Turkish Republic of Northern Cyprus (TRNC).

Cavusoglu’s remarks came in response to a proposal by UN Secretary-General Antonio Guterres last week in Geneva to appoint a special representative to the island.

Speaking in Lefkosa, the Turkish Cypriot capital, during a visit, Cavusoglu said that Jane Holl Lute, the UN Cyprus envoy, is already working to determine if there is common ground to start new negotiations.

The TRNC and Turkey – a guarantor country for the island – have said for there to be new talks towards a solution, the fruitless push for a federation must end, replaced by solution proposals based on equal sovereignty for both sides.

Cyprus has been mired in a decades-long struggle between Turkish Cypriots and Greek Cypriots, despite a series of diplomatic efforts by the UN to achieve a comprehensive settlement.

The Greek Cypriot administration, backed by Greece, became a member of the European Union in 2004, although in a referendum that year, most Greek Cypriots rejected a UN settlement plan envisaging a reunited Cyprus joining the EU.