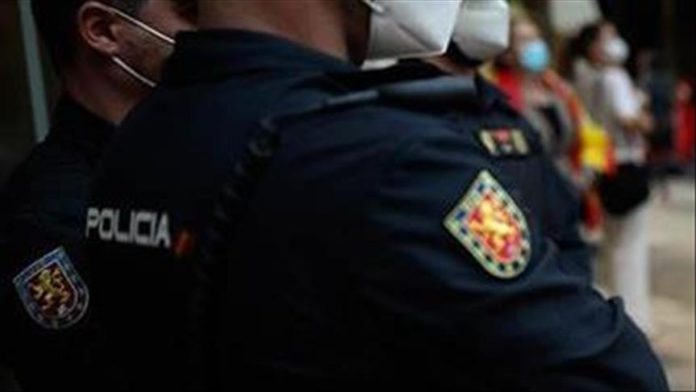 A local headquarters of Podemos, the far-left political party in Spain’s ruling coalition, was bombed and vandalized early Friday morning in the city of Cartagena.

Security camera footage shows someone spray-painting insults on the office’s windows, setting what appears to be a Molotov cocktail ablaze and throwing it at the building.

The office was closed so no one was injured, but the explosion started a fire that caused significant damage to the building’s exterior.

Pablo Iglesias, the head of Spain’s Podemos party, blamed the attack on far-right extremists, saying the party will not be intimidated by their “street terrorism.”

According to Javier Sanchez Serna, the party head in the southern region of Murcia, where Friday’s attack took place, this is the sixth time that the office had been attacked since it opened less than eight years ago.

The local Podemos chapter has filed a complaint with the police.

Politicians from Spain’s Socialist, Citizens and Popular Party have all publicly denounced the attack, but members of the far-right party Vox had kept silent by mid-day Friday.

Sanchez Serna told media Friday that he is convinced that “young Vox followers” were behind the attack.

Vox burst onto Spain’s political scene in 2018 and has seen its popularity growing ever since. In Spain’s 2019 national elections, it became the third most voted political force and earlier this year overtook the more centrist right-wing parties in the Catalonia regional elections.

A 2020 report on right-wing terrorism by the Center of Research on Extremism found that Spain had Western Europe’s fourth-highest level of far-right violence, after Germany, Italy, and the UK.

According to the report, political opponents like anti-fascists and Catalan separatists are the primary target groups of right-wing attacks in Spain.