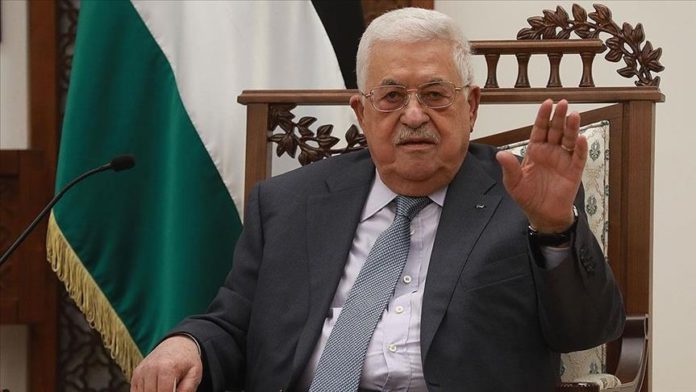 The Central Council of the Palestine Liberation Organization (PLO) kicked off its 31st session Sunday in the West Bank city of Ramallah under the shadow of a boycott by some Palestinian factions.

The two-day Central Council meeting, held under the title “Developing and activating the PLO, protecting the national project and popular resistance,” will discuss Israeli settlement activity, especially in occupied Jerusalem, as well as the deadlocked peace process and other political and domestic issues, the official Palestinian news agency WAFA reported.

The council is scheduled to elect members of the PLO’s Executive Committee to succeed those who have died or resigned and a new head of the National Council to replace Salim al-Zanoun, who recently submitted his resignation.

“We will not accept the continuation of the Israeli occupation and its colonial practices that perpetuate apartheid and settler terrorism,” said Palestinian President Mahmoud Abbas, speaking at the opening session of the meeting.

“In the face of the Israeli occupation authority’s undermining of the two-state solution, options remain open, and the entire existing situation must be reviewed in order to preserve the interests of our people and our cause.”

Underlining that it is impossible to continue implementing agreements unilaterally, Abbas said “contacts with the Israeli side are not a substitute for a political solution based on international legitimacy.”

Commenting on rights group Amnesty International’s recent report which described Israel as an apartheid state for the way it treats Palestinians, Abbas said it is an “important step” towards the reality of the Israeli crimes against the Palestinian people.

Abbas also called for “expanding the scope of peaceful popular resistance” in defense of Palestinian identity and existence.

He also urged Palestinian factions to put an immediate end to their internal divisions.

The Palestinian resistance group Hamas criticized the meeting in a statement Friday.

“There is no legitimacy for any meeting that is held unilaterally, far from national consensus and the majority of the powers and factions and major influential Palestinian components are absent from it,” it said.

The Central Council is a smaller assembly emanating from the National Council, the highest legislative body for Palestinians at home and abroad, and is affiliated with the PLO.

Notably, the PLO does not include, so far, the Hamas and Islamic Jihad groups.

Palestinian factions accuse the Fatah movement, led by Abbas, of “excluding” the leadership of the Palestinian people and of not taking real steps to end the internal division, which the movement denies.

Fatah is the largest faction of the confederated multi-party PLO.