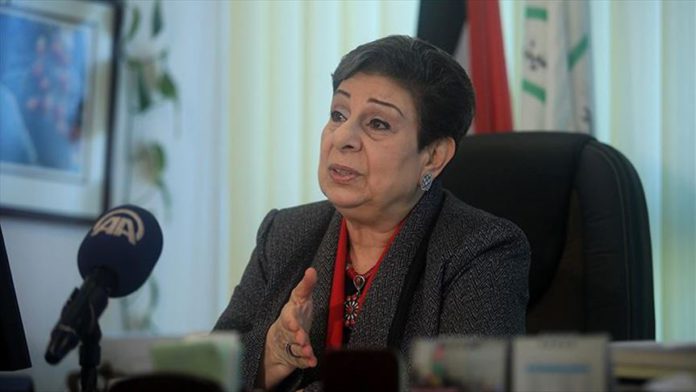 Ashrawi refuted the UAE’s claims that the deal would stop Israel’s plans to annex parts of the occupied West Bank.

“Maybe you didn’t suffer for your country being looted, you may not feel living incarcerated under the occupation, you may haven’t witnessed the demolition of your home or losing a beloved one or you may have not been sold by one of your friends,” she said.

A joint statement from the US, UAE and Israel said the “breakthrough” will promote “peace in the Middle East region and is a testament to the bold diplomacy and vision of the three leaders,” referring to Trump, bin Zayed al-Nahyan and Benjamin Netanyahu.

The UAE News Agency also confirmed the agreement as a step towards bilateral relations.

Israeli cultural and sport delegations have visited Arab capitals in recent months and joined competitions and gatherings, where Arab observers considered participation as a dangerous breakthrough on the way to normalization ties with Israel.