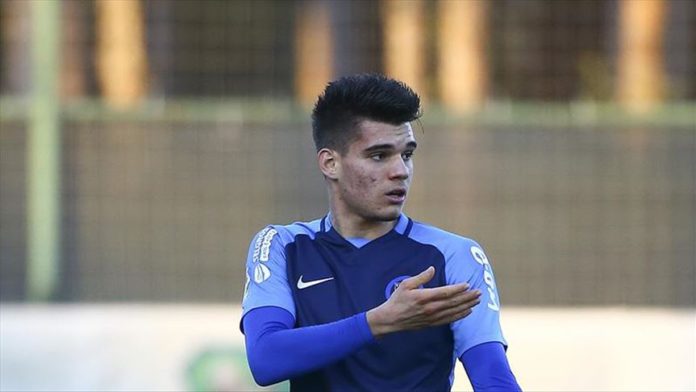 Rangers midfielder Ianis Hagi said playing against his father’s former club Galatasaray means a lot for him and his family.

Ianis Hagi, Galatasaray legend Gheorghe Hagi’s son, shared a post on Instagram after the Scottish club Rangers sealed a 2-1 victory over Turkey’s Galatasaray in the UEFA Europa League play-off round on Thursday.

”Last night was really special, playing against the team that means so much to my family and I (@galatasaray) and qualifying for the group stages of @europaleague. Happy to help the team get those european nights back at Ibrox,” he said on Friday.

Romanian midfielder Hagi, 21, began his career at Romania’s Viitorul Constanta, under the management of his father, football legend Gheorghe Hagi.

Ianis was born in Turkey when his father Gheorghe Hagi made appearances for Galatasaray to help the Lions win UEFA Cup and Super Cup.

Considered one of the most important players in the history of Galatasaray, Gheorghe Hagi also lifted four league titles with the Istanbul club in 1996-2000.

Leicester 9-goal triumph one for the record books