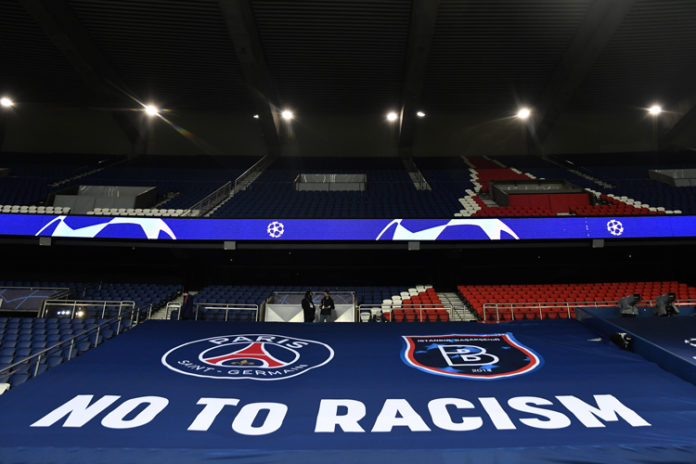 In a protest against racism, referees and players knelt down on the pitch before a UEFA Champions League match on Wednesday.

Brazilian superstar Neymar scored two goals in the 21st and 38th minutes and French star Kylian Mbappe scored a penalty shot in the 42nd minute to make it 3-0 for PSG.

The game in Paris resumed in the 14th minute as it was previously paused on Tuesday.