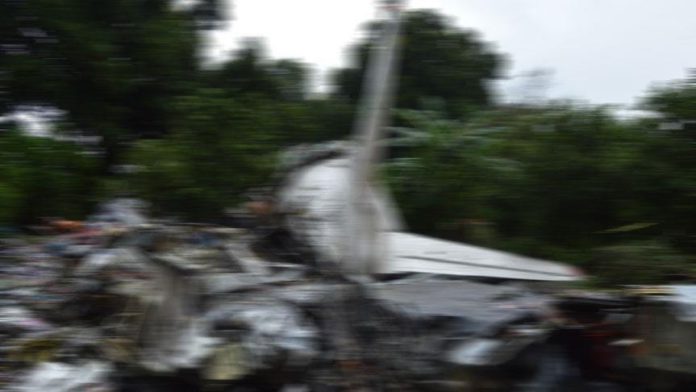 Erwin Tumiri was headed to work on the highway that leads from Cochabamba to Santa Cruz, Bolivia, when the bus careened 150 meters (500 feet) down a hillside, apparently due to excessive speed.

Media reports said 21 people died in the accident, with 30 surviving the crash. Tumiri escaped almost unscathed with only minor bruises to his hand and knee.

“I feel very blessed by God, although it is very difficult to see that there are people who died,” Tumiri told reporters.

Tumiri was among the six people that survived a plane crash that killed 19 players from the Chapecoense team in November 2016 near Medellin, after the jet ran out of fuel. At least 21 journalists were also aboard the plane.

The Brazilian team was going to play in the final of the Copa Sudamericana, an international competition for South American football teams.
Six survived the crash: three players, a journalist and two crew members, including Tumiri.

Left back Alan Ruschel spent more than two weeks in the hospital and underwent back surgery. He is the only survivor who returned to the pitch nine months later.

Helio Neto’s injuries prevented him from returning to the game and goalkeeper Jackson Follmann, who had his lower right leg amputated, had to retire.

The other survivors were flight attendant Ximena Suarez and radio reporter Rafael Henzel who died after suffering a heart attack.

The disaster stunned many around the world.

Chape, as the club is affectionately called, took years to rebuild from scratch.