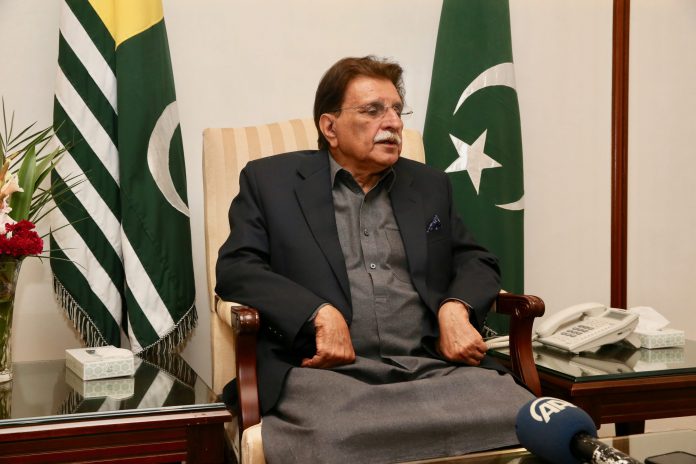 Just opposite the mountainous Muzaffarabad city center that houses the Turkish built Osmania Masjid, is the official residence of prime minister of Pakistan-administered Kashmir, also known as Azad Jammu and Kashmir (AJK).

In its lush green lawns overlooking River Neelam, AJK Prime Minister Raja Farooq Haider Khan, 64, told Anadolu Agency that fate of his administrative region is linked with Indian-administered Jammu and Kashmir, which lies behind the nearby hillock.

Last year in September, he had