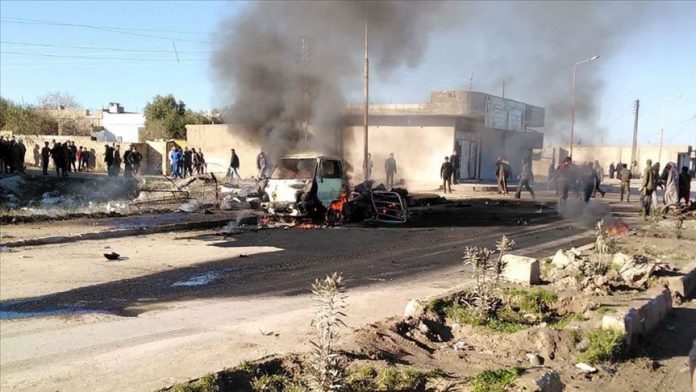 In a statement, the ministry said the terror group targeted civilians in the village of Tell Halaf in the Ras al-Ayn province.

Ras al-Ayn is within the area of Turkey’s Operation Peace Spring, launched on Oct. 9 to eliminate YPG/PKK terrorists from northern Syria east of the Euphrates River to secure Turkey’s borders, aid in the safe return of Syrian refugees, and ensure Syria’s territorial integrity.

Since then, Turkey reached