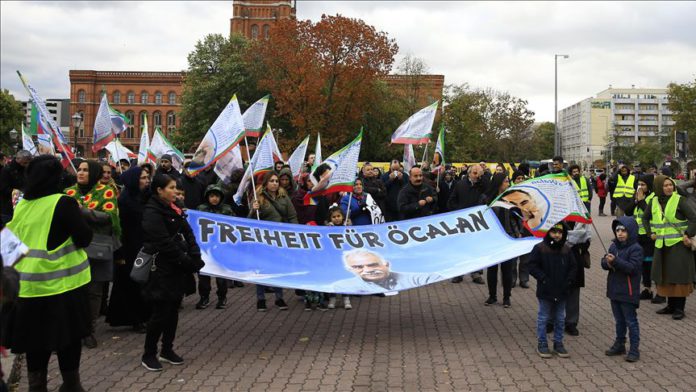 The Europol’s annual terrorism report suggested that the PKK actively engaged in propaganda activities as well as collecting money in European countries such as Belgium, Germany and Romania.

“Members and sympathisers of the PKK continued to be involved in legal and illegal activities to raise funds in order to support the group and its affiliates,” the report said.

Several European countries informed Europol that the group was also involved in serious and organised criminal activities, according to the report.

Last year, sympathizers of the terror group vandalized mosques and shops belonging to the Turkish community in Germany. Such incidents were also reported in Belgium and Switzerland.

In its more than 30-year terror campaign against Turkey, the PKK — listed as a terrorist organization by Turkey, the US, and European Union — has been responsible for the deaths of 40,000 people.

Europol’s report also said that the far-left DHKP-C members continued to use EU states as a logistical base to support the group’s operations in Turkey.

“Legally established associations are used as cover for some of these illegal structures. Austria arrested a Turkish member of DKHP-C, based on a European Arrest Warrant issued by Greece,” the report noted.

The DHKP-C is responsible for a number of terror attacks in Turkey, including a 2013 attack on the US Embassy in Ankara, which martyred a Turkish security guard. The group is listed as a terrorist organization by Turkey, the US and the EU.

Turkey not obliged to US or anyone: Parliament spox