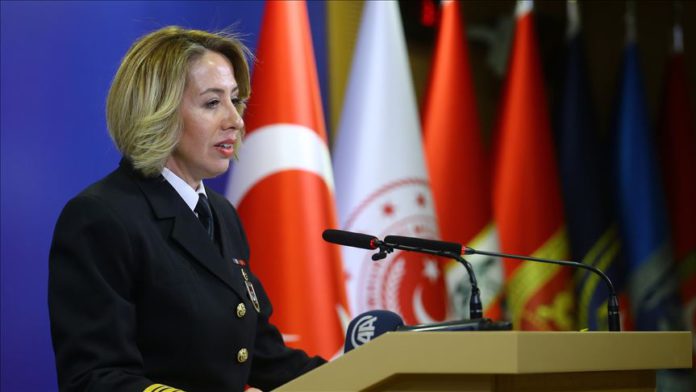 Turkey on Sunday said members of the PKK/YPG terror group collaborating with Armenian terrorists in Upper Karabakh should leave the region immediately.

“PKK/YPG terrorists collaborating with Armenian terrorists who target innocent civilians must leave the region immediately, otherwise, as always, they will be once again disappointed,” ministry spokeswoman Nadide Sebnem Aktop told reporters in the capital Ankara.

Dismissing Armenian claims that Turkish aircraft and drones had been deployed in the region, Aktop said nobody except Yerevan’s supporters took those assertions seriously.

She stressed that Turkey would continue to always stand with brotherly country Azerbaijan.

Relations between the two former Soviet republics of Armenia and Azerbaijan have been tense since 1991, when the Armenian military occupied Upper Karabakh, an internationally recognized territory of Azerbaijan.

During the press conference, Aktop underlined that Turkish forces had neutralized 953 terrorists in 2020 so far, including 128 since September.

Turkish authorities often use “neutralized” to imply the terrorists in question surrendered or were killed or captured.

Aktop also added that a total of 20,312 staff had been dismissed since the coup attempt in Turkey on July 15, 2016, adding that judicial process was ongoing for 3,798.