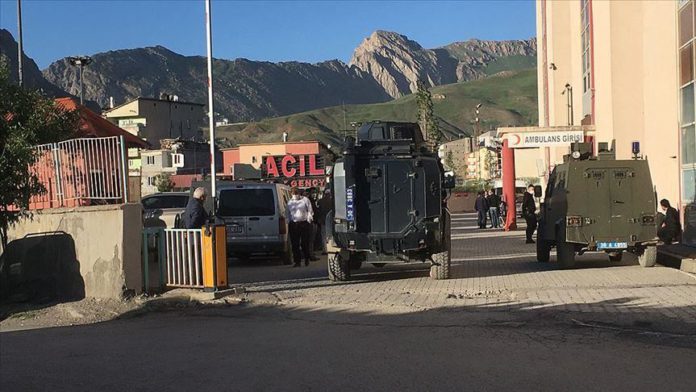 At least one construction worker was martyred and two others were injured in an attack by PKK terrorists in southeastern Turkey, local officials said Wednesday.

According to an official statement, PKK/KCK targeted the construction workers in Derecik district of Hakkari province.

Turkey’s National Defense Ministry issued a statement condemning the attack, offering condolences to the martyred worker and wishing a speedy recovery to the injured.

The attack site is being subjected to intense firing from air and land and operations are underway to arrest the terrorists, the ministry added.

Later in the day, the ministry said five terrorists responsible for the attack were neutralized in the Semdinli district of Hakkari.