TurkishPress
Home News 'PKK terrorists did not withdraw from Sinjar' 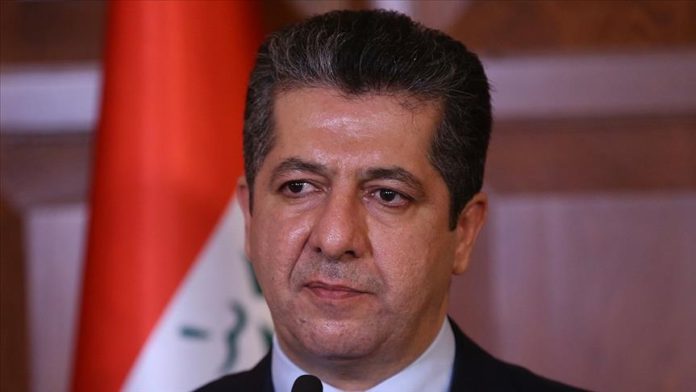 “We are waiting for the Sinjar Agreement to be implemented, but it has not yet been applied,” Barzani told reporters.

He went on to say that “The PKK and other affiliated forces have not withdrawn from Sinjar. They just changed their clothes for a few hours and went to Mount Sinjar and returned again. On the contrary, their number increased even more.”

The Sinjar deal, inked between Baghdad and Erbil under the auspices of the UN on the status of the region, envisages clearing the region of the PKK terrorists.

The PKK terror organization managed to establish a foothold in Sinjar in 2014 under the pretext of protecting the Ezidi community from Daesh/ISIS terrorists. Some 450,000 Ezidis fled Sinjar after Daesh/ISIS took control of the region.

Commenting on recent violent demonstrations in Sulaymaniyah, Barzani implied that PKK elements were involved in the unrest to disrupt stability in the region.

“We want our people to be free to express themselves. Unfortunately, we are aware that the people are in a bad situation and we are part of it. Everyone has the right to voice his/her demands. But for the past few days, demonstrations have been abused and turned into violence,” the premier said.

“The demonstrations saw the participation of Syrian citizens and those from outside the Kurdistan Region,” Barzani said, stressing that “a group had infiltrated the demonstrators and changed the direction of the protests and attacked party and public buildings.”

Since Dec. 7, seven people have lost their lives and dozens have been injured in the protests against the KRG government due to the delay in the salaries of civil servants in Sulaymaniyah and Halabja.

The protests saw demonstrators setting ablaze the offices of the Kurdistan Democratic Party, the Patriotic Union of Kurdistan, the Kurdistan Islamic Union, and the Islamic Group.

“This is not the right way to demand for rights and salaries,” Barzani said. He also pointed out that a Peshmerga soldier was killed by a sniper rifle during the protests.

The KRG has been struggling to pay the salaries of civil servants since April, when Baghdad stopped paying them as a result of disputes over oil wealth management and the distribution of its revenues, as well as revenues from border crossings.

The number of KRG civil servants is estimated at 1.2 million, receiving total salaries of $700 million per month.