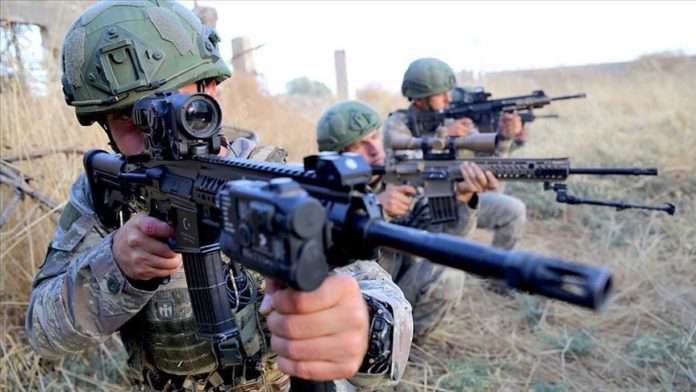 A senior PKK terrorist, wanted by Interpol, was caught in a joint operation by Turkish security and intelligence units in southeastern Turkey on Friday.

After receiving a tip-off that the terrorist, identified as Sabri Dal, is on the move to escape from the country, an operation was launched by the police department and the National Intelligence Organization at around 11.35 p.m. local time (2035 GMT) on Thursday, a statement by Sirnak governorate said.

The terrorist is among the accused of killing village guard Mehmet Sait Coskun in 2013, and killing of former Mayor of Suruc town of Sanliurfa province Salih Tekinalp, and his son Sait Tekinalp in 2014, the statement said.

He was charged for disturbing peace and security, killing of at least one village guard, being a member of an armed terrorist organization, forging of documents and intentional killing.

Dal was also wanted by Interpol.

The statement reiterated that Turkey’s fight against terrorism will continue without letup.

US services PMI revised up in January