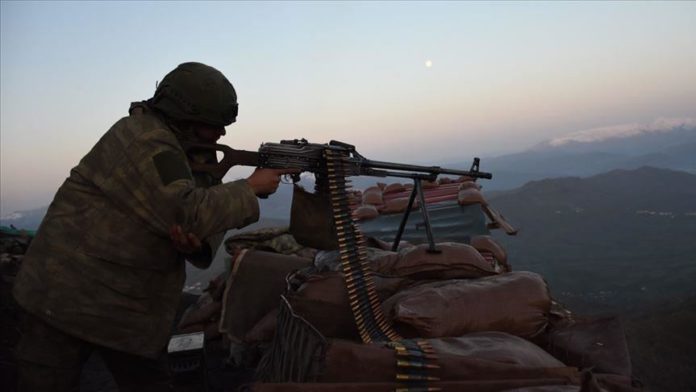 Another PKK terrorist laid down his weapons after being persuaded by security forces in eastern Turkey, local authorities said on Friday.

Provincial gendarmerie forces continued operations against the terror group along with efforts to persuade its members to surrender, according to a statement by the Van governor’s office.

One of the terror group’s so-called commanders surrendered in the Yuksekova district, the statement said.

The terrorist joined the group from Van in 2014 and was active in Iraq and Iran, it added.

In the southeastern Diyarbakir province, a lawyer accused of having links to a PKK terrorist was remanded in custody, a judicial source said on Friday.

Merve Nur Dogan was affiliated with Muzeyyen Aydinli, a wanted PKK terrorist who was arrested on Oct. 3 during an anti-terror operation, said the source, who asked not to be named due to restrictions on speaking to the media.