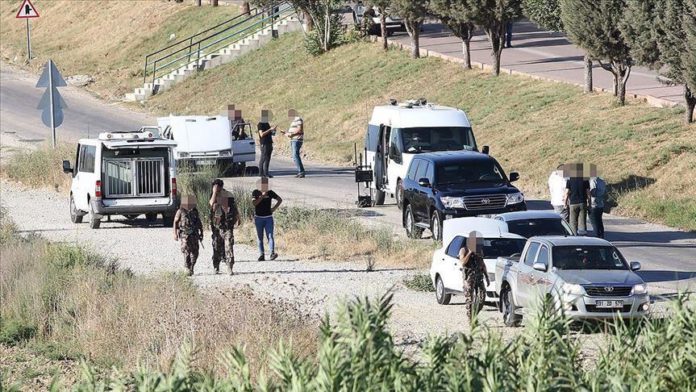 Provincial intelligence and anti-terrorism police teams started an operation after receiving a tip about a suspect preparing to take action with materials considered to be explosive in the Karaomerli neighborhood of Saricam district of southern Adana province.

A suspicious vehicle with two people was stopped during the operation and an expert team was referred to the scene after a black bag was found in the vehicle, said the statement.

A search of the vehicle found 20 kilograms (44 pounds) of trinitrotoluene, or TNT, in the bag.

After the driver said he picked up the terrorist while hitchhiking, a search began at the location where the terrorist entered the vehicle.

Sniffer dogs-aided the operation and found approximately 17 kilograms (37.5 pounds) more of TNT buried on the roadside.

It was determined that the terrorist, identified by the initials B.K., was operating in the so-called special forces unit of the PKK/YPG terror group, in charge of carrying out bomb attacks in metropolitan cities.

A large amount of foreign currency, gold and fake identity cards were also seized during a search at a house rented by B.K.