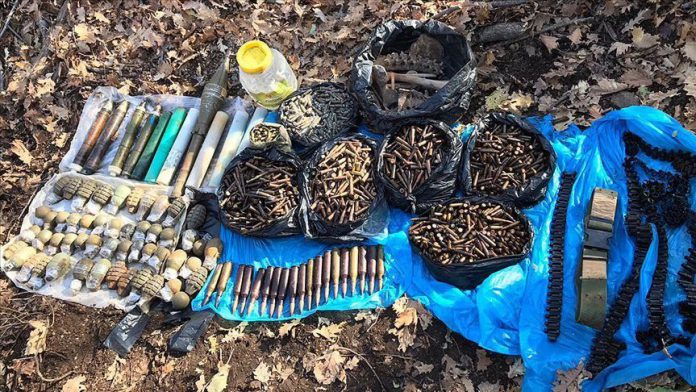 Turkish security forces have seized ammunition belonging to the PKK terror group during an anti-terror operation in the eastern Bitlis province, said local officials on Tuesday.

During an operation conducted in the rural areas of the province on Monday, the gendarmerie forces seized 51 hand grenades, five RPG-7 rocket ammunitions, six RPG-7 rocket propellant cartridges, 9,200 cartridges of various sizes, 100 kilograms (220 pounds) of improvised explosive devices ready to explode, as well as various food and provisions buried in the ground.