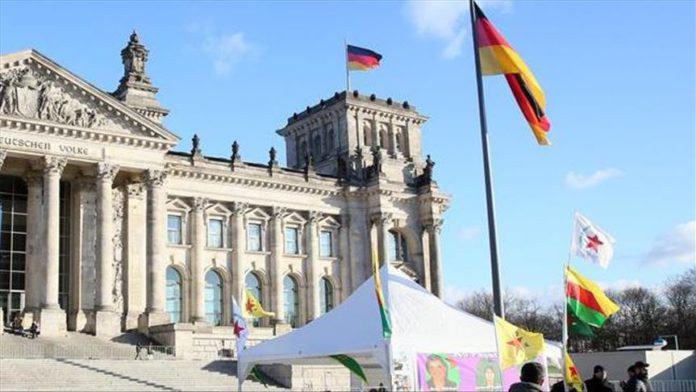 Dozens of PKK sympathizers in Germany clashed with police after getting on a train without buying a ticket.

Some 80 terror supporters got on the train to Hamburg after attending protests held in the cities of Hanover, Uelzen and Luneburg, according to local media.

More than 200 police officers came to the scene after PKK supporters resisted and bullied the officials asking for tickets.

A brawl broke out after PKK supporters resisted attempts to get them off the train.

According to a police statement, they “kicked and attacked the officers”.

Some of the PKK supporters did not even have the legal status to stay in Germany.