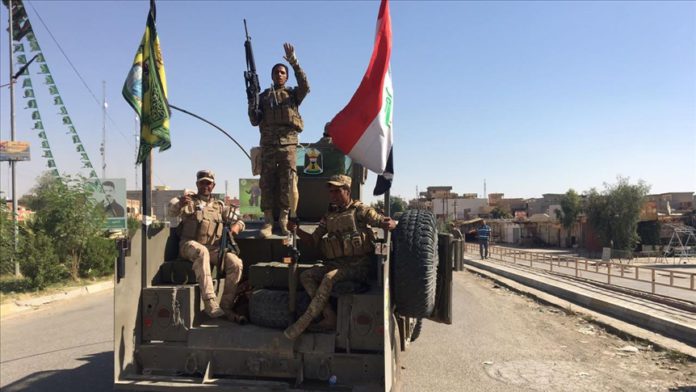 PKK terror group and Hashdi al-Shaabi forces have been increasing their presence in Iraq’s Sinjar district, according to Iraqi officials on Tuesday.

Sheikh Shamo, who advises the Head of Kurdish Regional Government (KRG) for Ezidi affairs, said 15,000 members of the Hashd al-Shaabi militia were deployed in Sinjar.

“According to the information we received, new military bases were established on Mount Sinjar and its surroundings, while militia forces were redeployed in the region,” Shamo told Anadolu Agency.

Pointing out to an Iranian role in increasing the PKK and Hashd al-Shaabi presence in the region, Shamo said: “Sinjar has a strategic importance for regional powers.”

“In case the agreement was put into practice, stability and security would be established in the region. However, they do not want the agreement to be implemented as they use Sinjar’s land and its strategic location for their own benefit,” he said.

The Sinjar agreement was signed under the auspices of the UN in October between the central government in Baghdad and the KRG to clear the region of PKK terrorists.

Following that, the central government sent two brigades of the federal police to Sinjar on Nov. 20.

On Dec. 1, Iraqi security forces started to implement a deployment plan in the center of Sinjar district to enhance stability and security in the area to help displaced civilians to return home.

However, it is not clear where the terrorist elements will go after they are expelled from Sinjar under the agreement as Iraqi officials have not made a clear statement on the issue so far.

Kadir Kacak, the regional head of the Kurdistan Democratic Party’s (KDP) in Sinjar, said there was nothing new regarding the implementation of the Sinjar deal on the ground.

He noted that several Shia mosques and mausoleums have been built in the district in recent days. “Regional powers want Sinjar to be part of the Iran’s Shia Crescent,” he said.

The PKK terror organization managed to establish a foothold in Sinjar in 2014 under the pretext of protecting the Ezidi community from the Daesh/ISIS terror group.

Some 450,000 Ezidis fled Sinjar after Daesh/ISIS took control of the region.

US: Weinstein could face 2nd trial in Los Angeles