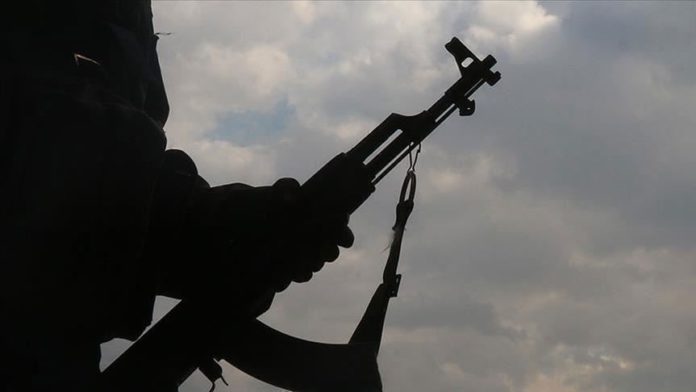 After escaping from the PKK terror group and surrendering to security forces in southeastern Turkey, I.C. recalled how he was taken away to the mountains through the opposition People’s Democratic Party (HDP).

Six years ago, I.C. was a 20-year-old university student in the Diyarbakir province. He joined the terrorist organization after attending sessions by youth associations affiliated to the PKK.

He said a member of the organization trained him and seven others. They were kept in a house for two or three days, cut off from the world, and asked to join the organization at the end of the training.

“After collecting my belongings from the dormitory, I came to the house I was trained at. I went to the HDP provincial building in Istanbul with the tickets arranged for us. I broke and threw my phone card. I was asked to leave my phone at the HDP building.

“We were told that we will go to Diyarbakir to the party building. They gave us a written note taped with 200 liras each. When we came to Diyarbakir by bus, we were asked to give the note to the person who would receive us,” he said.

I.C. said they were instructed to wait 15 minutes in front of the gas station with a red packet of cigarettes in their hands. If no-one came to pick them, they were asked to go to the district building of HDP and say they were guests of Riza.

“When nobody came to pick us up, we went to the party building, after telling them the password, they took us to a room,” he said.

Stating that they were sent to the Kiziltepe district of Mardin the next day, I.C. said they passed under barbed wire and a vehicle picked them. Then they were taken to Syria and given a code name there.

I.C. said he was waiting for an opportunity to escape when he came to the Haftanin region of Syria.

He said that he escaped the moment he was left alone and that Kurdistan Democratic Party’s (KDP) officials came and took him. He told them he wanted to be delivered to Turkey and surrendered to security forces at the Habur Border Gate in the southeastern Sirnak province.

I.C. also stated that while he was being held in the Iraqi city of Duhok in September, he heard that the terrorist organization YPG sent reinforcements to support Armenia.

Small majority believe 'we still have time to save planet': Survey