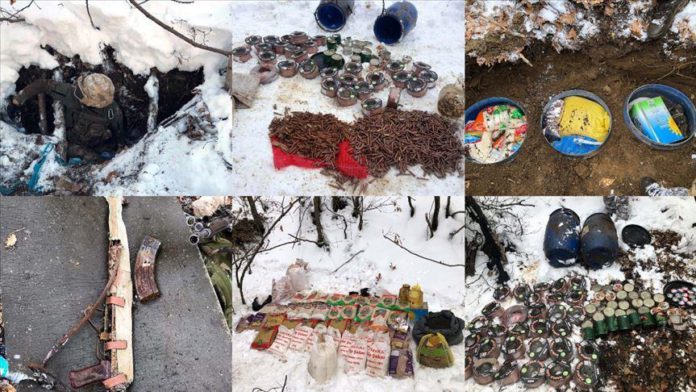 Turkish gendarmerie forces seized a cache of ammunition and explosives belonging to the PKK terror group in eastern Bitlis province, said the provincial governorate on Tuesday.

This came after the security forces in Mutki district found two terrorists shelters during an operation in the rural area of Kulluce village, a statement by the governor’s office said.

Some of the materials were stored as evidence, others were destroyed and shelters used by the terror group were made unusable.