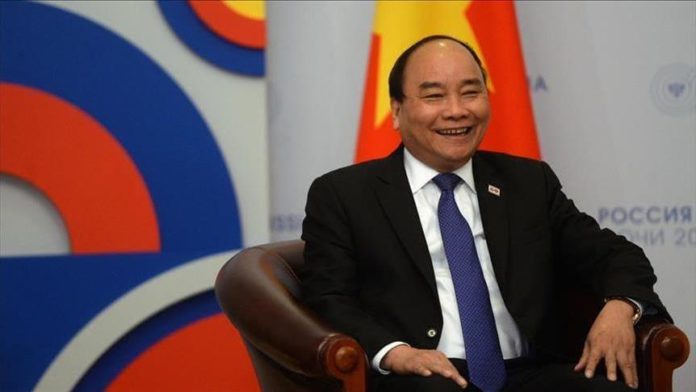 The duo, who took their respective offices this April, were sworn in for a five-year term after legislators voted in the first session of the 15th National Assembly in the capital Hanoi, daily Vietnam News reported.

Vietnam is ruled by the Communist Party and the country’s political leadership is led by the party’s chief, the president, prime minister, and the parliament’s chairman.

In his address to legislators, Phuc, who was the country’s prime minister from 2016 to 2021, said he will work with parliament and the government “to realize the vision of comprehensive development, in which no one is left behind, especially in remote and economic challenged areas.”

He vowed to uphold “unity and consensus and promote democracy in order to let the nation firmly move forward,” the report added.

On the COVID-19 crisis, Phuc said the “strength of the nation, the people’s unity, and the commitment of all of us” will help Vietnam overcome the challenge.

In his speech, Chinh emphasized that the government’s current priority was to curb the ongoing coronavirus surge “through national unity, a sense of civic duty, and implementation of the vaccination strategy,” according to the report.

Vietnam’s virus tally topped 100,000 on Monday as 2,708 more infections were recorded over the past day.

The death toll surged by 154 and now stands at 524, according to the Health Ministry.