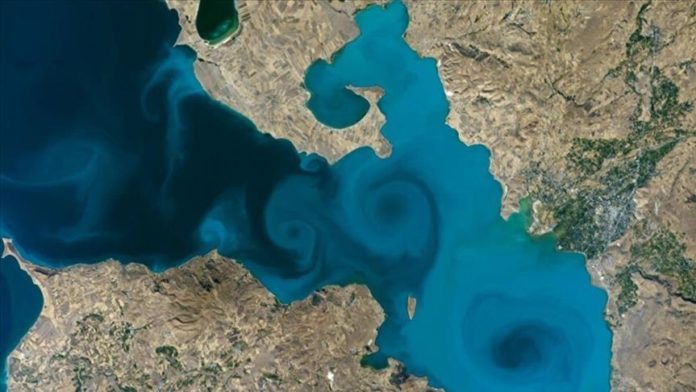 A photograph of Turkey’s Lake Van taken from space by an astronaut has been crowned the winner in a weeks-long NASA competition.

The photo, which depicts the lake in eastern Turkey with its swirling cerulean and azure waters was one of two finalists heading into the final day of voting on Monday. It was captured by Kate Rubins in September 2016.

It bested another picture taken by astronauts aboard the International Space Station called Stars in Motion, which was a composite photograph capturing long-exposure spinning lights in North America contrasted against star trails.

The Tournament Earth competition, which kicked off on March 8, featured more than two decades of snapshots by astronauts.

The pictures, showing unique views of the planet, were gathered in four groups – Unity, Cupola, Destiny, and Tranquility – based on the four modules of the space station.