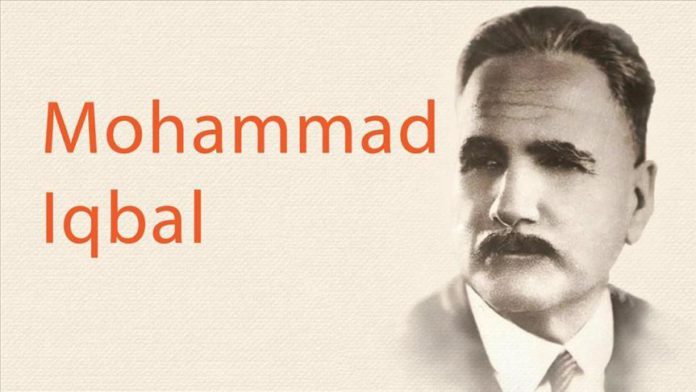 Between two important highways in central Tehran that connect different parts of the city, a small but bustling street is named after celebrated Pakistani poet and philosopher Mohammad Iqbal.

Iqbal Lahori Street is one of the famous landmarks in Iran’s capital city, which bears testimony to the astounding popularity of the poet-philosopher, who wrote in both Urdu and Persian.

Iranians, known for their poetic appetite, have a special admiration for Iqbal. They proudly club him with legendary Persian poets like Hafiz, Saadi, Rumi and Ferdowsi.

Iqbal is the only non-native Persian poet who has captured the imagination of Iranians with his Persian poetry. Iran’s Supreme Leader Ali Khamenei once described him as his “poetic genius”.

Iqbal, hailed as the “Poet of East”, had already established his reputation as an illustrious Urdu poet in the early 20th century before he dabbled with Persian poetry.

Khamenei, who considers himself an admirer of Iqbal and has authored a book “Iqbal: Manifestation of Islamic Spirit”, said in one of his speeches that Iqbal had not studied Persian in his formative years, and chose the language because he felt some of his ideas could not be effectively expressed in Urdu.

Iqbal’s birth anniversary, which falls on Nov. 9, is an occasion for his admirers across the world to come together to celebrate his extraordinary life and works.

Persian works
Iqbal never visited Iran but most of his works were composed in the Persian language, which native Persian scholars and writers rate very highly.

Hanifi said he has been greatly inspired by Iqbal’s Persian works such as Zabur e Ajam, Gulshan e Raaz Jadeed and Javid Nameh. “His Persian poetry is so rich and profound that sometimes it is difficult to picture him as a non-native Persian writer,” Hanifi said.

Ali Noroozi, a Persian literature scholar at Mashhad’s Ferdowsi University, said some of Iqbal’s works like Zabur e Ajam had served a “source of inspiration” for Iranian youth during the 1979 revolution.

“During that time, we are told, people used to assemble inside homes or in open spaces to hear someone recite Iqbal’s poetry from this book,” he told Anadolu Agency. “It boosted their morale.”

In the southern Iranian city of Mashhad, there is a social science college named after the poet – Iqbal Lahori Institute of Higher Studies, which operates under the Ministry of Education.

The credit for popularizing Iqbal and his works in Iran goes to renowned Iranian scholar Ali Shariati, whose seminal book “Ma wa Iqbal” (We and Iqbal) had created ripples among the Persian-speaking people. Shariati was deeply impacted by Iqbal’s body of work and his reformist Islamic spirit.

The book is basically based on Shariati’s lectures on Iqbal delivered at Hosseiniyah Irshad, a community center in Tehran where he used to give lectures during the 1970s before his death.

Shariati introduces Iqbal as a “multi-faceted personality” who in “philosophical thought rises to such a level that he is considered to be a contemporary thinker and philosopher of the rank of [Henri] Bergson in the West or of the same level as Abu Hamid Al-Ghazzali in the Islamic history.”

Unforgettable
Mohammad Iqbal remains the common cultural heritage between Iran and Pakistan because of his stellar contribution to both Urdu and Persian literature.

His birth anniversary is marked with tremendous fervor in the two Islamic countries. In Iran, events are mostly held in universities and cultural institutes, attended by a cross-section of people.

Pakistan’s embassy in Tehran also organizes an annual event marking his birth. However, this year owing to the outbreak of coronavirus, most of the events were canceled and some were organized online.

“Mohammad Iqbal is a pride of Pakistan, pride of the sub-continent and pride of the Persian-speaking world,” said an official at Pakistan’s embassy in Tehran. “His contribution is unforgettable.”