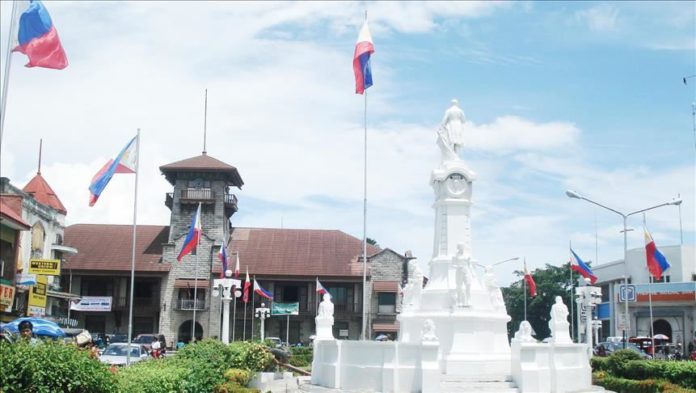 Amid concerns over new anti-terror bill, the Philippines on Friday celebrated its 122nd Independence Day.

Several groups tried to take out rallies against the bill which is awaiting approval from President Rodrigo Duterte.

A small crowd from the Philippine Alliance of Human Rights Advocates gathered at the roadside of Commonwealth Avenue, shouting slogans against the anti-terror bill, reported rappler.com, a local online news website.

However, authorities had earlier imposed restrictions in view of the COVID-19 pandemic which disallowed mass gatherings of people.

Sinas’ birthday party was attended by dozens of people during COVID-19 lockdown in the capital region, but was forgiven by Duterte.

It was on June 12 in 1898 that the then-President Emilio Aguinaldo proclaimed the independence of the Philippines in Cavite el Viejo (now Kawit) along with the waiving of the national flag and national march.

But it was in 1962 that the Philippines’ Independence Day was recognized through a proclamation by the then-President Diosdado Macapagal on May 12, 1962. It was later formally approved by the Congress in 1964.

The day, however, is being celebrated this year in a period of pandemic which has battered the island state with nearly 24,000 cases and over 1,000 deaths.

Sections of Filipinos have expressed fear over the new bill dubbed as anti-terror legislation.

But Duterte’s chief legal counsel Salvador Panelo has also recommended to the president to sign the anti-terrorism bill into law despite strong opposition.

The International Coalition for Human Rights in the Philippines (ICHRP) dared Duterte to comply with UN High Commissioner for Human Rights Report on the country’s human rights situation report and abandon the “terror bill”.

“If President Duterte wants to avoid a backlash from the international community, he needs to respond positively to the UN Report. We are reminding him that the world is watching and that it will be in the interests of Philippine democracy that he pulls back his repressive policies,” said ICHRP Chairman Peter Murphy.

The UN report was released as the Congress of the Philippines passed the anti-terrorism bill.

The proposed law authorizes a military council, in effect bypassing the judicial system, to order the warrantless arrest of suspected “terrorists”, the ICHRP said. “Anyone the military council arrests can be held for up to 24 days without charge or being presented before a judge.”

The new bill awaits the signing of Duterte and in 30 days will become national law with or without his signature.

“We are challenging the Philippine government to abandon the Anti-Terrorism Bill and instead to prioritize programs that will address the needs of Filipinos in the time of the global pandemic. One important outcome of Ms. Bachelet’s report could be the decision by President Duterte to put this bill aside, never to be enacted,” Murphy added.

The ICHRP also called on the Philippines’ government to release “more than 600 political detainees” who are languishing in jails plagued with the virus.

“By releasing political prisoners on humanitarian grounds, the government and its judicial leaders can still show the world that there is justice in the Philippines,” Murphy noted.

Galatasaray lose 1-3 to Kasimpasa for 3rd straight loss in Super...