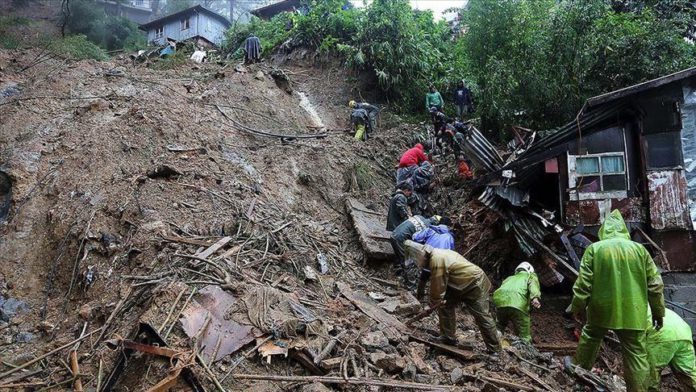 Since making its landfall in the Philippines overnight Wednesday, Typhoon Vamco has left many people dead with the government agencies differing over the death toll.

Philippines Interior Secretary Eduardo Ano briefed the Cabinet on the overall situation in a virtual meeting and said at least 14 people had died.

Locally known as Ulysses, the typhoon brought torrential rains across the Bicol region and the Luzon island as thousands of people shifted to safer places.

However, Gen. Gilbert Gapay, chief of the Armed Forces of the Philippines, said the military had retrieved 39 bodies and reported 22 others as missing, daily Phil Star reported Friday.

On the other hand, Philippine National Police Chief Gen. Debold Sinas said at least 26 people had died while 12 others were missing.

“Rest assured, the government will not leave anybody behind,” President Rodrigo Duterte had said in an address to the nation on Thursday. The presidential palace said Duterte was following the rescue and relief operations.

The country’s Energy Secretary Alfonso Cusi said they are working to fully restore electricity in the National Capital Region and other affected areas by Nov. 15.

The Philippines, the first major landmass facing the Pacific cyclone belt, faces an average of 20 storms and typhoons every year.

This latest storm has come just days after the Philippines was hit by Typhoon Goni, which left at least 26 people dead and displaced a million more.

With wind speeds exceeding 300 kilometers (186 miles) per hour, Typhoon Goni was reported to be one of the strongest storms to hit the Philippines in years.

Meanwhile, the archipelago nation reported 1,902 coronavirus cases on Friday including 31 more deaths, according to the country’s health department.