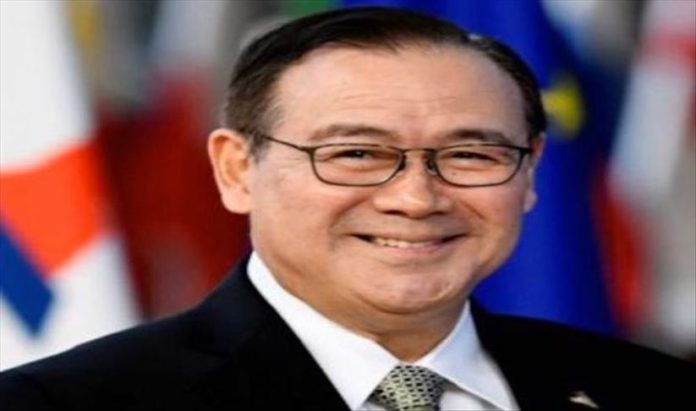 The Philippines on Tuesday announced that it suspended scrapping of a defense pact with the US.

In a Twitter statement, Foreign Secretary Teddy Locsin Jr said: “I issued this diplomatic note to the US ambassador. It has been received by Washington and well at that […] The abrogation of the Visiting Forces Agreement [VFA] has been suspended upon the President’s instruction.”

In January, the Philippines had announced to terminate the security agreement that allows American military planes’ and vessels’ free entry into the country.

It was later in February that Manila sent a notice to Washington that it would abrogate the decades-old military deal.

Ratified in 1999, the VFA exempts U.S. military personnel from passport and visa regulation when they come for joint exercises and training of troops in the Philippines.

The suspension of the abrogation of the VFA will remain effective for a period of six months, Locsin added.

At the time of announcing the termination of the VFA, Philippine presidential spokesman had said the decision to end the agreement “is a consequence of a series of legislative and executive actions by the US government that bordered on assaulting our sovereignty and disrespecting our judicial system”.

In response, the US Embassy in Manila had said: “This is a serious step with significant implications for the U.S.-Philippines alliance. We will carefully consider how best to move forward to advance our shared interests.”

Philippines President Rodrigo Duterte had argued his country “cannot forever rely on other countries for the state’s defense and should instead strengthen its own resources for our defenses.”