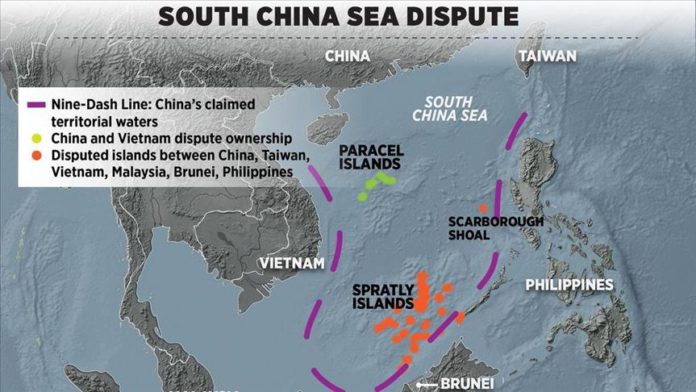 Philippines on Thursday lodged protest with China over its recent moves in South China Sea, calling it violation of its sovereignty.

In a statement country’s Foreign Ministry said Philippines does not recognize naming of “districts” and “maritime features” in the sea by China.

“The Philippine government strongly protests the establishment of the so-called districts of ‘Nansha’ and ‘Xisha’ under the supposed administrative jurisdiction of its self-declared ‘Sansha City,'” the ministry said in a statement posted on its twitter handle.

Early this month, China announced it created two “new districts” in the South China Sea which includes the Paracel island group near Vietnam and the Spratly island group in the West Philippine Sea.

Beijing said new districts were now under the control of the Chinese city of Sansha in Hainan province.

However, Philippines said that 2016 Hague ruling invalidated Beijing’s excessive claims in the waterway.

“The Philippines also objects to and does not recognize the Chinese names given to some features in the Kalayaan Island Group,” it added.

The statement said that Philippines has been protesting since 2012 China’s “unlawful” establishment of Sansha city and extent of its administrative jurisdiction.

Philippines urged China to adhere to international law, United Nations Convention on the Law of the Sea and the Association of Southeast Asian Nations’ “declaration of conduct” on the activities in South China Sea.