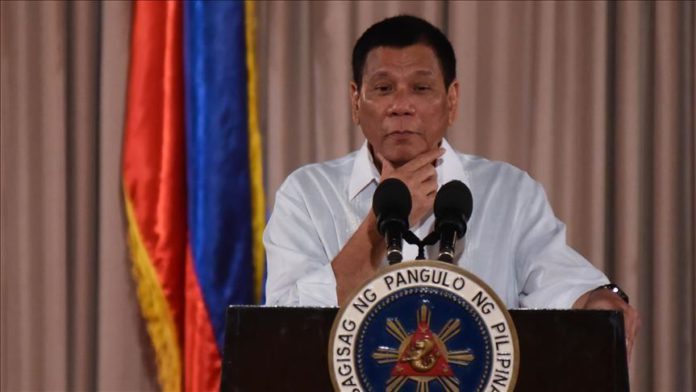 A US Marine convicted of murdering a Filipino transgender was granted on Monday an “absolute pardon” by Philippine President Rodrigo Duterte.

“Cutting matters short over what constitutes time served, and since where he was detained was not in the prisoner’s control — and to do justice — the president has granted an absolute pardon to Pemberton,” he said.

The grant of absolute pardon is “total extinction of the criminal liability of the individual… resulting to the full restoration of his civil rights,” according to the country’s Department of Justice Parole and Probation Administration.

The US armed forces personnel was sentenced, and has been serving a prison term of six to 10 years for the 2014 killing of Jennifer Laude, 26, in a motel in a city northwest of Manila.

The family of the deceased was granted $100,000 in civil damages.

After his conviction, he was held at Camp Aguinaldo, the Philippine military headquarters in metropolitan Manila.

Laude’s family lawyer has criticized the court order, saying: “His [Pemberton] conduct was never put to test as he was living solo and comfortably in his specially made cell.”

“He failed to provide even an iota of evidence to prove good conduct. One should not be given full credit by the simple self-serving claim of good conduct. Even the Bureau of Correction’s certification should have some material basis. Otherwise, this is subject to abuse and can be circumvented easily,” Suarez told daily Phil Star last week.

Duterte, however, has said that he is “not favoring anybody, neither Pemberton nor the Laude family.”