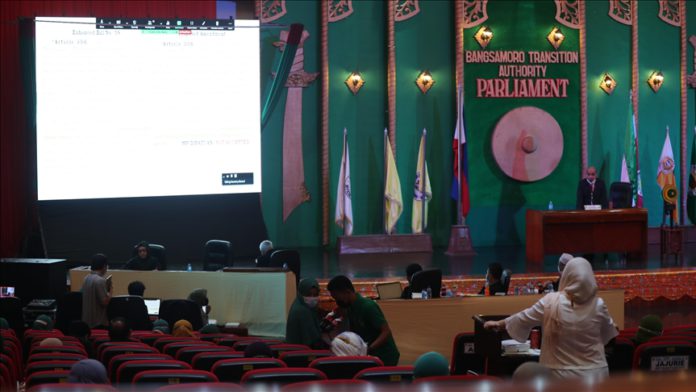 Philippine President Rodrigo Duterte will personally meet the Senate president and Congress Speaker to decide on extending the limit of the Bangsamoro Transitional Authority (BTA) until 2025, sources said.

“President Duterte will now decide about an extension in the BTA beyond 2022,” government sources told Anadolu Agency.

“Everyone supported the move to extend the transition period and hold elections in 2025,” they said. “There was only one objection — the governor of Sulu province [of Bangsamoro].”

But negotiations resulted in a three-year transitional government under Ebrahim until 2022.

The two sides agreed to allow the transitional government to take control of regional governance and run affairs until 2022, when elections were expected to be held.

But voices have been raised to extend the BTA time limit until 2025. Almost all BTA parliament members have unanimously supported the motion, while residents across the region have held marches supporting the demand in recent few weeks.

Members of the current Bangsamoro regional government believe they need more time to achieve the set target before elections are conducted.
At least seven bills have been filed in Congress and the Senate – six of which seek an extension while one advocates that elections be held at the agreed time in 2022.

Bangsamoro is a region of nearly 5 million people who are ethnic Moros and mostly Muslims. It has five provinces and three cities, including a capital.

Congress is expected to resume business in May when the bills will be debated and are expected to be passed, sources said.