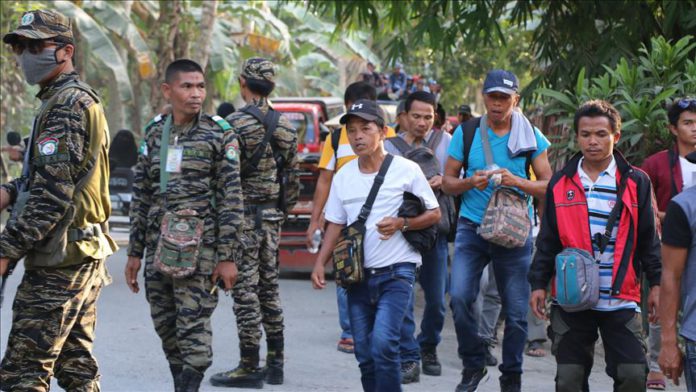 Two explosions rocked the town of Jolo, Sulu in the Muslim-majority Bangsamoro autonomous region early Monday, killing at least 15 people including military soldiers, and wounding more than 70 others.

“I think it is wise [for the government] to declare martial law again,” the state-run Philippine News Agency quoted Lt. Gen. Cirilito Sobejana as saying. The current situation needs strict action, he added.

Martial law was lifted in the region at the end of 2019, two-and-a-half years after it was imposed to fight militants.

The military chief said he would pass the recommendations to the military’s chain of command to forward it to Defense Secretary Delfin Lorenzana and President Rodrigo Duterte.

Direct military control over the region would help bring normalcy and control the movement of terrorists, he said, adding: “It has to be controlled, otherwise it [attacks] will be a repetitive thing, victimizing locals.”

There was no immediate claim of responsibility for the attacks but the military chief said the two suicide bombers who carried out the attacks were probably linked to Abu Sayyaf militant organization, which has been carrying out bombings, kidnappings, assassinations and extortion in a self-determined fight for an independent province in the Philippines since 1991.

The Bangsamoro Autonomous Region in Muslim Mindanao [BARMM], a Muslim-majority region with a population of nearly five million, has five provinces. The autonomy of the region granted by the central government of Philippines in February 2019.

The Bangsamoro government on Monday condemned the bombings.

“The BARMM leadership condemns these bombings in strongest terms. We also share the grief of those who have lost relatives in the incident,” said Naguib Sinarimbo, a spokesman for the regional government.

Sinarimbo also said the region’s Chief Minister Murad Ebrahim has directed the regional police to identify the culprits for prosecution.

He added the regional government is ready to help the victims of the bombings.