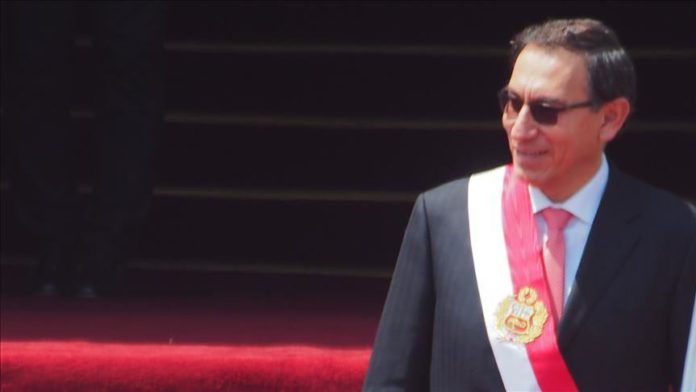 Earlier in the day, Vizcarra appeared before Congress to defend himself against allegations that he accepted 2.3 million soles ($641,000) worth of bribes when he was governor of the southern region of Moquegua from 2011-2014.

As lawmakers prepared to vote for a second time to possibly oust Vizcarra, he denied that he accepted bribes and said the contracts in question were assigned by a UN agency and not by his administration.

“The best technical decisions were made, none with the objective of filling the pockets of anyone, much less myself,” he said.

Vizcarra then claimed that 68 congressmen are under investigation, which was not well taken in the chamber.

A previous impeachment vote held less than two months ago failed to get the necessary votes. This time, with 105 votes in favor, 19 against and four abstentions, Congress removed the president from power. Eighty-seven votes were needed in the 130-member Congress.

The head of parliament, Manuel Merino de Lama, will assume the presidency of the Republic until July next year.

The news comes amid immense political and institutional instability in the country, which has been exacerbated by an economic crisis caused by COVID-19.