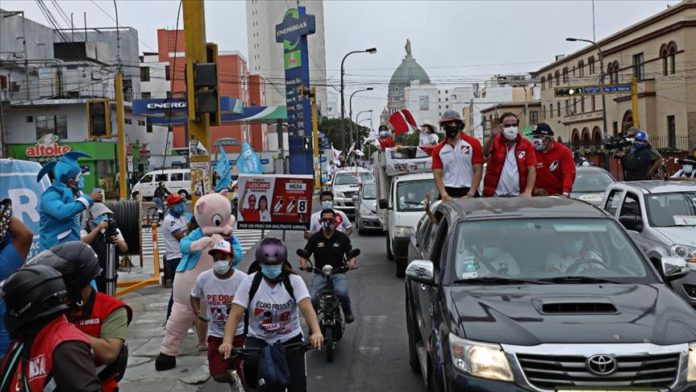 Amid coronavirus measures, Peruvians went to polls on Sunday to elect a new president for the next five years.

A total of 18 candidates are running for the top job. Five members of the Andean Parliament, two vice presidents and 130 Congress members will also be elected.

Candidates must receive 50% of the vote to gain the presidency in the first round. Otherwise, the two candidates with the highest number of votes will compete in a runoff on June 6.

According to recent opinion polls, none of the candidates are expected to win in the first round.

Between 2016 and 2020, two presidents were removed on corruption charges.

After Merino, Francisco Sagasti was elected president by Congress with a 97-26 vote in an election he entered as the only candidate on Nov. 18.