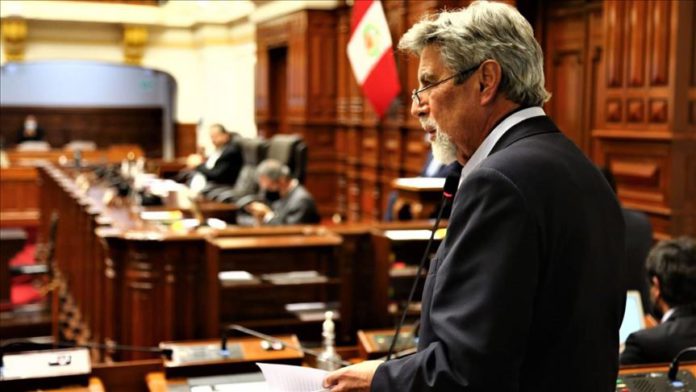 Peru’s Congress on Monday approved Francisco Sagasti as the country’s new interim president, its third in a week.

In an emergency session, 97 votes were cast in favor of Sagasti with 26 against and no abstentions.

The 76-year-old industrial engineer and former World Bank official will hold the post until July next year, when the winner of elections to be held on April 11, 2021 is expected to take charge.

The congressional vote took place in the midst of social unrest after President Martin Vizcarra was impeached and Manuel Merino became interim president.

Vizcarra was impeached over alleged bribery, accusations the former president has denied.

Merino announced his resignation on Sunday, five days after taking office amid massive protests against him.

In Sunday’s emergency session, the Congress failed to name an interim president due to disputes.