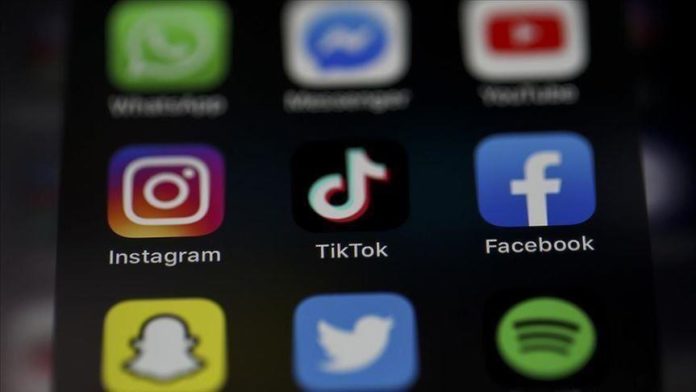 Social media platforms process the data of billions of users through artificial intelligence, and as a consequence, users are exposed to targeted advertisements and other content.

Although personalized content and advertisements keep technology companies and social media platforms alive commercially, the increasing use of these platforms for the processing of personal data has become uncomfortable for the end-users, Deniz Unay, a social media expert, told Anadolu Agency in an interview.

He said that the end-users’ discomfort with personalized content and advertisements have also attracted the attention of research companies and non-governmental organizations recently.

Unay, citing the survey conducted by Amnesty International together with Global Witness in France and Germany with the participation of 2,000 social media users, said the study shows that people wouldn’t want to be targeted on topics such as income, health, political views, sexual orientation and religious views.

The survey indicated that while 87% of the participants wouldn’t want to be targeted on income and health issues, 84% of them are not comfortable with whom they voted for at the last election.

Race or ethnicity is another issue that 78% of survey participants are uncomfortable with.

“In this research, more than 75% of the participants think that it is absolutely necessary to take precautions and not allow the collection of data on matters related to private life, such as recording, using, and monitoring their personal data,” he said.

He underlined that majority of people who use the internet and social media on mobile devices think they are being watched and recorded by technology companies and governments.

Unay went on to say, “This annoying feeling of being watched leads users to unsafe areas such as VPN and DeepWEB.”

Noting that otherwise, states fail to act or conduct necessary judicial investigations against cybercrimes, Unay went on to say that “We need control and regulation in the virtual world, just as we organize our lives by complying equally with the rules such as traffic rules in daily life.”

He said that it comes to light that neither the EU countries nor the US could bring a definite solution to the issue when their regulations were examined.

He underlined that different practices are being applied in different states of the US. For example, when you buy a digital product in a state in the US, the seller/producer may process your information without permission and market it to third-party companies, but another state may not do so.

Noting that while different approaches in different states of the US are put into practice regarding the use of personal data, processing information without the permission of individuals and marketing it to third party companies, he said, the EU has framed it with a law named “Right to be Forgotten.”

Although the EU has made legislative regulations on processing information, there still are serious problems in terms of implementation and control, he added.

“Just enacting laws is not enough. There is an obvious need for another structure that will digitally supervise these large structures in a transparent manner. Rare inspections and fines do not provide a definitive solution,” he said.

Unay pointed out the other contentious issue is that “personalized content and advertisements are obstacles to people’s freedom of thought.”

He went on to say, “Manipulating people’s freedom of thought and expression with personalized data and displayed content, and designing society by restricting free will and thought, raises concerns in governments.”

He claimed that unauthorized and unlimited use of user data in political elections or the spread of false news restricts people’s free will and thought.

“Protecting human rights and freedom of thought on social media and the internet is the responsibility of all countries governed by democracy,” he underlined.

Touching upon the monopolized social media platforms’ processing the data of their users, Unay said that these social media giants become more influential “on governments” and gain “more capital power.”

Citing US Senate Lobbying Disclosure Act (LDA) database, he said that technology giants — such as Apple and Google — allocate a significant amount of funds for Lobbying activities and increase these funds significantly every year.

“They use their lobbying activities to enact the desired laws and regulations and to influence the decision-making mechanisms,” he added.

Unay pointed out that data collection doesn’t happen only through search engines and social media platforms, but also Data Management Platform (DMP) companies collect it via various means such as sites individuals browse, the games or applications on mobile devices.

These data management companies market the data they collect to advertising and research companies, he said.

For instance, he said, all human activities such as the applications that users use on a daily basis, the exercises they have done, their health status, sleep habits, and financial information are compiled and certain profiles are created.

“These profiles contain more and more in-depth information day-by-day, and if you have a vehicle, it can predict the maintenance time of your vehicle and display discounts at the closest service as an advertisement for you at the most convenient time,” Unay said.

He pointed out that “People, who produce and use technology, do not want their private spaces to be invaded while making use of technology.”

Unay, lastly, claimed that the persistent fear of being watched created by technological devices or judged by others limits people’s thoughts and abilities and causes phycological destruction.

Turkiye denounces Council of Europe for intervening in Kavala case