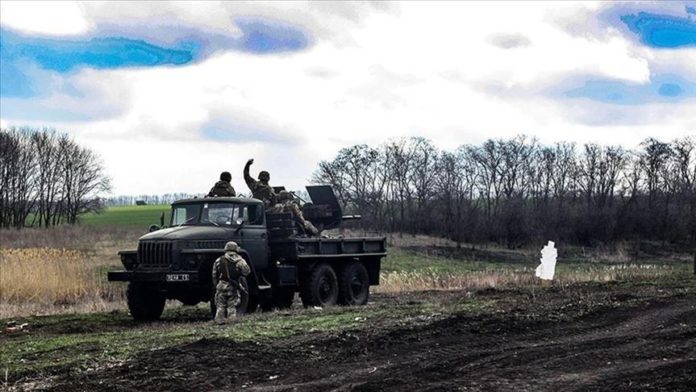 The latest violation took place near the village of Prychepylivka in Novoaidar Raion, located some 50 kilometers (31 miles) northwest of occupied Luhansk — the area which is one of several sources of friction between Russia and Ukraine, according to the Joint Forces Command of the Armed Forces of Ukraine.

On Monday, 10 attacks were reported on various positions of the Joint Forces Operation area.

The attacks took place in several villages located west of Luhansk and south of Donetsk, another occupied region.

One Ukrainian soldier was wounded in shelling when Ukrainian troops came under attack near Prychepylivka.

The OSCE Special Monitoring Mission to Ukraine late on Monday announced 132 cease-fire violations, including 19 explosions in Donetsk between Jan. 21-23.

During the same timeframe, the mission recorded 191 cease-fire violations, 45 of which were assessed as a live-fire exercise outside the security zone in Luhansk.

The situation in Donbas, a region of fighting between Ukrainian government forces and pro-Russian separatists, remains tense.

Russia is accused of having amassed more than 100,000 troops near Ukraine’s border, a move that has prompted concerns by the West that Moscow could be planning another military offensive against its ex-Soviet neighbor.

The Kremlin has denied Western accusations of a looming invasion, saying its forces are there for exercises.

Turkiye, the US, and the UN General Assembly view the annexation as illegal.

According to the UN, fighting between Ukrainian government forces and pro-Russian separatists in Donbas region has seen more than 13,000 people killed since 2014.