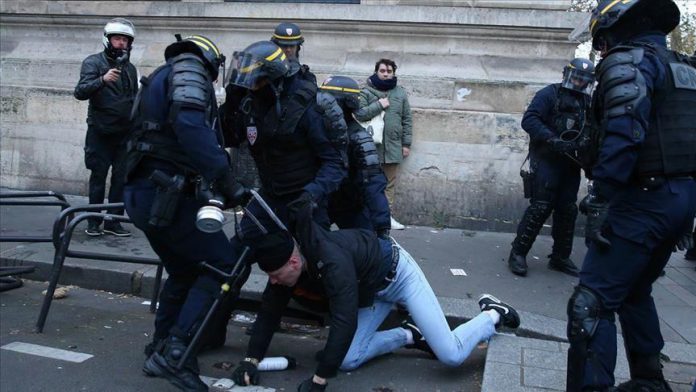 Some 250,000 people took part in the protests in Paris, where police used smoke bombs to disperse the crowd.

The “unlimited” strike impacted all public transport systems in the country, according to local media reports.

A total of 90 people have been arrested so far in Paris, police said.