TurkishPress
Home Americas US & Canada Pelosi: I gave Trump 'a dose of his own medicine' 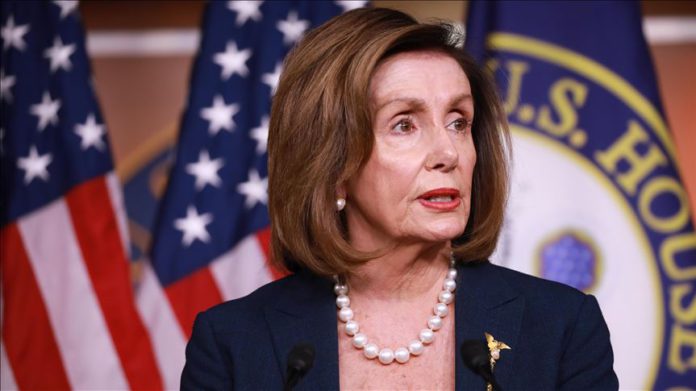 US House Speaker Nancy Pelosi on Wednesday defended calling Donald Trump “morbidly obese” in the latest war of words with the US president in recent days.

“I didn’t say anything about the president. I gave him a dose of his own medicine,” the Democrat from the state of California told a news briefing. “I was only quoting what doctors have said about him. So I was being factual in a very sympathetic way.”

Trump said Monday he was taking a hydroxychloroquine pill daily for a week-and-a-half, sparking a new debate.

But in April, the Food and Drug Administration (FDA) cautioned against the use of hydroxychloroquine, or chloroquine, for COVID-19 treatment outside a hospital setting or a clinical trial because of the risk of heart rhythm problems.

Pelosi was quick to react to Trump’s revelation, saying it was “not a good idea” for the president to be taking the drug.

“I would rather he not be taking something that has not been approved by the scientists, especially in his age group, and in his, shall we say, weight group — ‘morbidly obese,’ they say,” Pelosi told CNN.

In retort, Trump blasted Pelosi as a “sick woman” with a lot of “mental problems.”

“I said, he’s our president, we don’t want our president taking something that could be dangerous, as the scientists have said,” Pelosi said. “If he takes offense at that, well, I could take offense at a lot of things, but they don’t mean that much to me.”

Less than 2M Americans vaccinated against virus so far