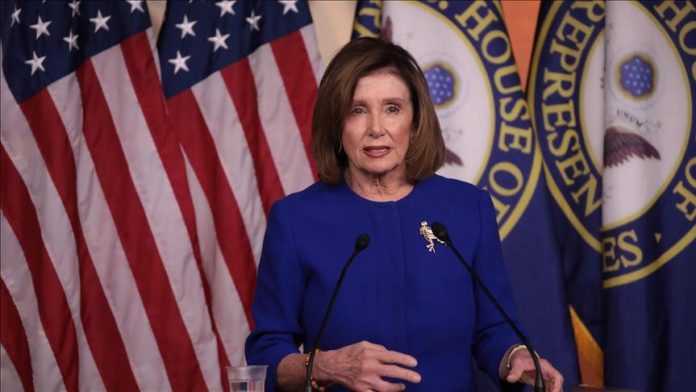 “The questions that arise are: was the President briefed, and if not, why not, and why was Congress not briefed,” Pelosi wrote in a letter to the Director of National Intelligence John Ratcliffe and CIA Director Gina Haspel.

“Congress and the country need answers now,” she said.

The speaker accused President Donald Trump’s administration of endangering American troops in the region with lack of action.

“The Administration’s disturbing silence and inaction endanger the lives of our troops and our coalition partners,” she wrote. “The President’s refusal to stand up to the Russians also jeopardizes lives in the region, as the Afghan government and the United States are engaged in critical peace negotiations with the Taliban.”

In a pair of tweets, Trump said Sunday neither Vice President Mike Pence nor Mark Meadows, the White House chief of staff, have been told “about the so-called attacks on our troops in Afghanistan by Russians, as reported through an ‘anonymous source’ by the Fake News @nytimes.”

“Everybody is denying it & there have not been many attacks on us,” Trump tweeted, referring to remarks of Taliban and Russian mission in the US that said they had nothing to do with the explosive allegations.

In a separate tweet, he said that intelligence reported him that “they did not find this info credible,” and therefore they did not inform him or the vice president on the matter.