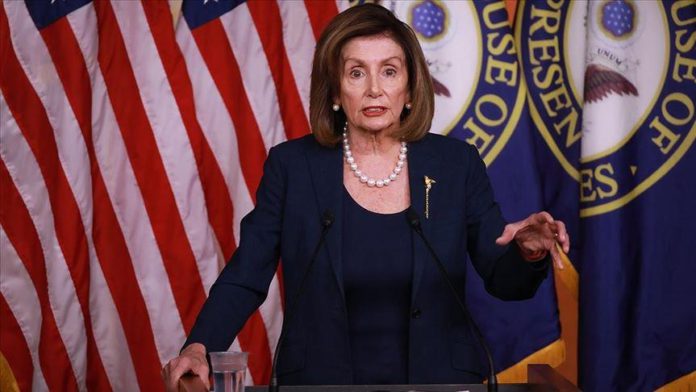 Speaker of the House Nancy Pelosi said Friday she has spoken with top military brass about limiting outgoing US President Donald Trump’s access to the nation’s nuclear codes.

“This morning, I spoke to the Chairman of the Joint Chiefs of Staff Mark Milley to discuss available precautions for preventing an unstable President from initiating military hostilities or accessing launch codes and ordering a nuclear strike,” the top Democrat wrote in a letter to colleagues that circulated on social media.

“The situation of this unhinged president could not be more dangerous, and we must do everything that we can to protect the American people from his unbalanced assault on our country and our democracy,” she added.

It is not clear how Milley responded during the conversation.

Five people have died, including a Capitol Police officer who was reportedly bludgeoned with a fire extinguisher, when a mob of Trump’s supporters overran the Congress Wednesday.

Trump had just hours before the Capitol was overrun incited his supporters’ passions during a rally, telling them he would “never concede” defeat while continuing to falsely allege there was “theft involved” in the Nov. 3 election he lost to Biden by 7 million votes.

He had lauded the violent mob as “great patriots” when calling on them to return home amid the bedlam Wednesday.

Trump said the day after, amid an unprecedented level of outrage, including from some key Republicans, “This moment calls for healing and reconciliation.”

“My focus now turns to ensuring a smooth, orderly and seamless transition,” he said while seeking to distance himself from the violence. “To those who engaged in the acts of violence and destruction, you do not represent our country. To those who broke the law, you will pay.”

Turkish political parties urge US to revoke sanctions over S-400s