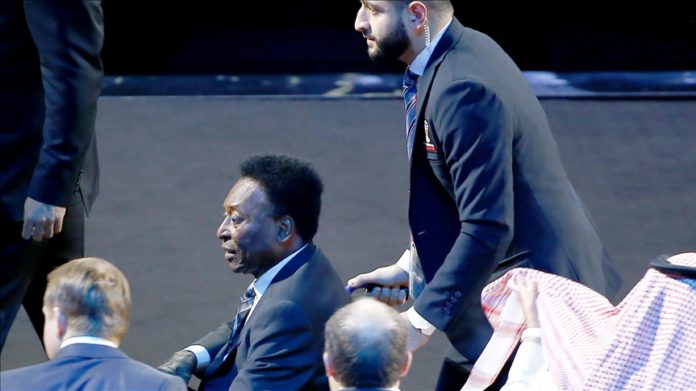 Pele, the most famous Brazilian soccer player of all time, is hospitalized in Sao Paulo and underwent surgery after routine tests detected a “health problem,” which was initially not disclosed either by his press office or by the hospital.

This afternoon, Pele’s staff confirmed on social networks he has a tumor in his right colon and that he underwent surgery. “Last Saturday I had surgery to remove a suspicious lesion in the right colon,” he wrote. The hospital confirmed the information in a medical bulletin released shortly thereafter. “The tumor was identified during routine cardiovascular and laboratory tests and the material was sent for pathological analysis”.

The former player’s manager, Joe Fraga, said today “there is no reason to worry,” the local press reported. According to Fraga, Pele is not seriously ill. “[It’s a] complete battery of tests, scans, colonoscopy, blood work, etc”.

At the age of 80, Edson Arantes do Nascimento was admitted to Sao Paulo’s Albert Einstein Hospital last Tuesday, August 31, for routine annual exams. According to what the three-time world champion soccer king wrote on social networks on the occasion, he was unable to take such exams last year due to the COVID-19 pandemic.

“Guys, I didn’t faint and I’m in very good health. I went for my routine exams, which I hadn’t been able to do before because of the pandemic,” Pele wrote. He even joked: “Let them know I won’t play next Sunday!”

Football: Manchester City spend half a billion euros for defense