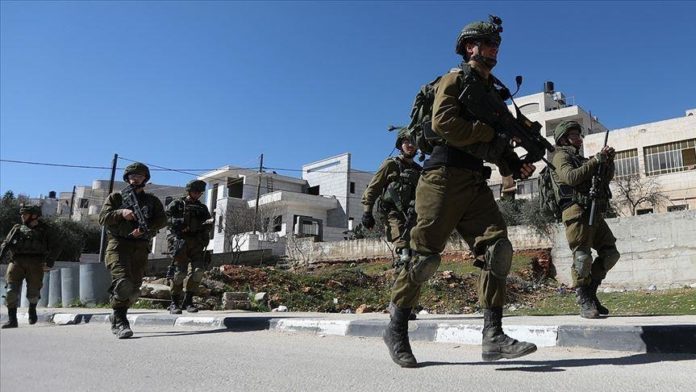 A former UN human rights rapporteur and international law expert at the US-based Princeton University said a “peaceful future” in the Palestinian issue “will not arise until Israel dismantles apartheid.”

“A peaceful future will not arise until Israel dismantles apartheid and agrees to treat Palestinians under human rights standards, including respect for the Palestinian right of self-determination,” said Richard Falk in an exclusive interview with Anadolu Agency.

A leading Israeli human rights organization, B’Tselem, recently published a report labeling Israel as an “apartheid state” over its policy of favoring Jews over the Palestinians.

The report by B’Tselem said Israeli policies, laws, and practices have meant to promote Jewish supremacy.

Commenting on the organization’s position paper, Professor Falk said: “It is definitely an important development when Israel’s most respected human rights organization issues a report that confirms earlier UN reports and allegations that the Palestinians are victimized by an apartheid regime that seeks to impose policies and practices that ensure the supremacy of Jews by victimizing the Palestinian people throughout the whole of historic Palestine.”

Noting that “a de facto one-state reality of unified Israeli control suggests that the internationally endorsed goal of a negotiated two-state solution superseded by Israeli ambitions to complete the Zionist project of establishing a Jewish exclusivist state on the entire ‘the promised land’,” Falk said such ambitions were implicitly acknowledged by Israel in 2018.

“These ambitions were implicitly acknowledged by Israel in 2018 when it enacted a Basic Law that asserted that only the Jewish people had a right to self-determination within the state of Israel, that the internationally unlawful settlement enterprise deserved national support, and that Hebrew was the only official language,” he noted.

Recalling that “apartheid” is listed as a crime against humanity according to the International Criminal Court in the Hague, Falk said, “the government of Israel, especially in international settings such as the UN, is outraged by allegations of apartheid that it repudiates as nothing other than a vicious form of anti-Semitism.”

He noted that “one of the contributions of the report [B’Tselem report] is to identify the elements of Israeli apartheid by reference to specific policies and practices that are relied upon to maintain Jewish supremacy over non-Jews within its sovereign territory.”

“Among these are discriminatory standards applicable to immigration, giving Jews worldwide an unrestricted ‘right of return’ while denying Palestinians any immigration rights even if parents or grandparents were born within its territory,” the former UN human rights rapporteur said.

Listing examples of discrimination based on ethnicity, Falk said it includes “land tenure, citizenship and nationality rights, freedom of mobility, the security of residence, administration of law, and issuance of building permits.”

“It is clear that these apartheid features vary from domain to domain, from Israel proper to East Jerusalem, West Bank, and Gaza, but the core undertaking is stable: exploitative domination by Jews over non-Jews, especially Palestinians,” he added.

Saying that the report dealing with “apartheid as control of territory rather than the control of people” is a weakness, Falk said: “From 1948 to the present, Palestinians have suffered as a people, hundreds of thousands being displaced and dispossessed as integral to the Israeli overall plan to be a Jewish majority state.”

“In effect, ‘ethnic cleansing’ is a necessity, given Israel claims to legitimacy as a democracy. Palestinians, forced to abandon their homeland, are at least as much a victim of apartheid as are Palestinians living under Israeli territorial control,” he added.

While there was no comment from the Israeli government on B’Tselem’s report, Falk said he does not think “Israel will act more humanely toward Palestinians as a result of the B’Tselem report.”

Falk does expect the Israeli government to “condemn the report” and describe it “as an instance of ‘Jewish anti-Semitism,’ seeking to confuse criticism of governing policies in Israel with hatred of Jews.”

Almost three decades after the Arab-Israel war of 1948, Israel occupied Palestinian territories, including the West Bank, East Jerusalem, and the Gaza Strip, in 1967.

Israel has established settlements in the West Bank, including Jerusalem, in which more than 600,000 settlers reside.

Referring back to the B’Tselem report, the former UN official said: “The one-state reality has become the only foundation of any future meaningful peace process, posing a challenge of how to arrange for future governance on a basis of true ethnic equality.”

“Until this happens, the UN and internationalist initiatives will be irrelevant,” he added.

Underscoring that a just solution could emerge from Palestinian resistance and global solidarity initiatives, Falk said: “It is my belief that what hope exists for a just solution will arise from Palestinian resistance and global solidarity initiatives exerting sufficient pressure on the Israeli leadership so as to cause a recalculation of national interests. It is useful to remember that it was this combination of developments that explains the abrupt and unexpected collapse of the South African apartheid regime.”