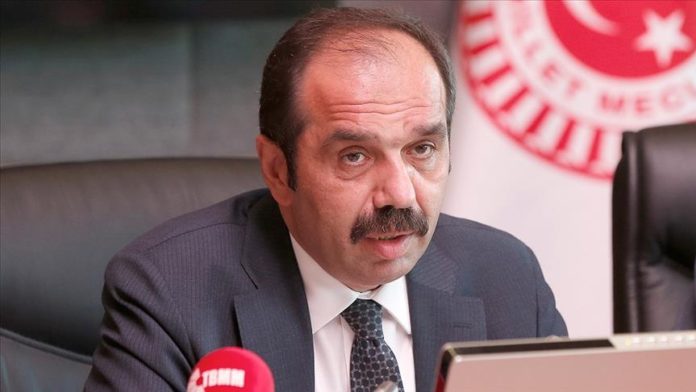 Peace and stability in South Asia are important as the region is rising with its growing economy and human resources, said a Turkish lawmaker on Friday.

“We believe that peace and stability of South Asia can’t be thought separately from the Kashmir issue,” said Muhammet Balta, a member of the Turkish parliament and the ruling Justice and Development (AK) Party.

Speaking at an event in the Turkish capital Ankara to mark the Kashmir Solidarity Day, hosted by the Pakistani Embassy, Balta said peace and stability in South Asia are important for global actors, too.

Recalling Kashmir statement made by Turkey’s President Recep Tayyip Erdogan at the UN General Assembly last year, Balta said: “Our state and nation are in solidarity with Kashmiri people who experienced big pains in the past and also experiencing today.”

According to Islamabad, every year on Feb. 5, Pakistanis, the Kashmiri diaspora, and their well-wishers hold seminars, conferences, and rallies to shore up support for the cause.

Initiated by Qazi Hussain Ahmad, the former chief of Jamaat-e-Islami, a mainstream religious-political group, in the early 1990s, the day was later declared a public holiday in Pakistan.

“Turkey and Pakistan are two countries that share unprecedented historical friendship and brotherhood ties and that share their joy as well as their pain and grief in the most sincere and sacrificing manner as they have proved in their history many times before,” the Turkish lawmaker said as the event also hosted a photo exhibition which showcased alleged human rights violations in the Indian-administered Kashmir.

“Therefore, Kashmir and our brothers living in those lands always keep a place in our hearts and minds the same way as Pakistan,” he added.

“The resolution of this issue will serve the benefit of the entire region.

“However, it is not possible to resolve this issue keeping away the sociological, ethnic, and demographic realities of the region from our eyes,” said Balta.

Referring to India’s Aug. 5, 2019 move to scrap the minimal autonomy of Jammu and Kashmir, Balta said: “Protecting the ethnical and demographic structure of the region is serving as a basis for resolving of this problem. Therefore, related UN Security Council resolutions also underline the need to protect the demographic structure of the region that is peculiar to itself.”

“On the other hand, the problem has become more complicated when India unilaterally lifted Article 370 of the Indian Constitution on 5 August 2019,” he added.

The lawmaker said the steps are “increasing the problems of the people of the region who are Muslim in the majority. We see these steps as not acceptable.”

“The current picture seems to be on the contrary against UN Security Council decisions that take dialogue as a basis for Kashmir,” he explained. “We all believe that the entire international community should follow UN resolutions in a sincere manner.”

The lawmaker also said Turkey “wishes that a just and stable solution to be found for the issue in a way to be able to reach peace and collaboration in the entire region.”

“Our country is willing to provide the necessary support to contribute to peace and stability of South Asia with which we have very special historical and cultural ties and to reduce tensions in the region by dialogue,” he said. “I’m Kashmir,” he concluded his speech, referring to the title of a new song composed by a Turkish lyricist about the region.

Alongside a documentary depicting the situation in Kashmir, the song “I’m Kashmir”, written by Turkish lyricist Turgay Evren, was also played at the event.

Earlier, messages of Pakistani President Arif Alvi and Prime Minister Khan were read out on the occasion.

Pakistan’s Ambassador to Turkey Syrus Sajjad Qazi in his brief speech highlighted what he called “massive human rights violations by India to instill fear in the local population.”

“In this day and age, no matter what lengths the Indian regime goes to block access, no matter how many curtains of secrecy it tries to pull down on the conduct of its armed forces in the Kashmir valley, no matter how many fake NGOs or dead persons it resurrects to peddle its fake news all over the world, the truth is eventually getting out — and the truth is dark and ugly,” he said, expressing gratitude to Turkey’s “principled position and continuous support on the Jammu and Kashmir dispute, including from the government, Turkish parliament and the people of Turkey.”