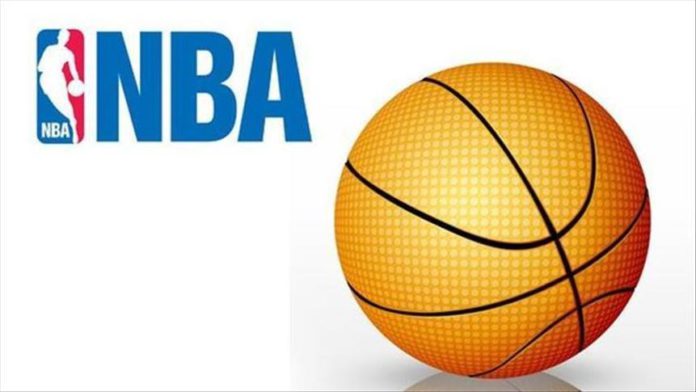 The halted 2019-20 season in the NBA will begin on July 30, the US basketball league said on Friday.

The NBA said that the ESPN Wide World of Sports Complex near Orlando, Florida will host the games as the competitions were put on hold in March due to the coronavirus pandemic.

There will be 22 teams (13 from the Western and 9 from the Eastern Conference) to compete for the 2020 title, an extraordinary tournament set to be held due to the outbreak.

Each franchise will play eight games to conclude the regular season.

Once it finishes, the best seven teams in each conference will directly qualify for the playoffs.

A play-in tournament between the eighth and ninth seed can be played if needed.

“If the team with the eighth-best combined winning percentage in a conference (Team 8) is four games or fewer ahead of the team with the ninth-best combined winning percentage in the same conference (Team 9), then those two teams would compete in a play-in tournament to determine the eighth playoff seed in the conference. The play-in tournament will be double elimination for Team 8 and single elimination for Team 9,” the NBA said.

The 2020 NBA playoffs will have 16 teams in total as there will be four rounds to be played by best-of-seven series in each phase.

The season will end before Oct. 13.