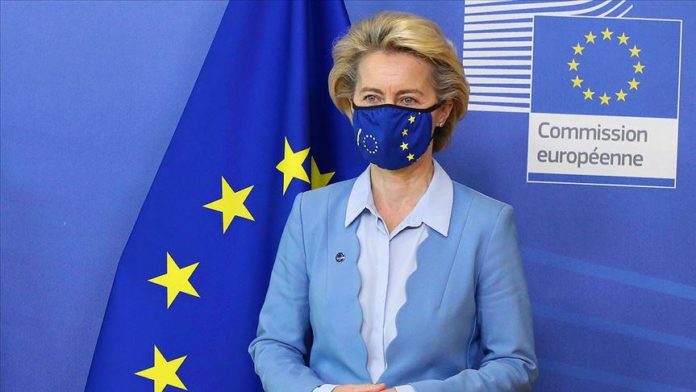 There is a “path to an agreement now,” the EU Commission president said Wednesday morning, renewing hope in a possible post-Brexit trade deal between the UK and EU before the transition period ends.

Ursula von der Leyen said she could still not guarantee “whether there will be a deal or not” but “the path may be very narrow but it is there.”

Speaking at the European Parliament, von der Leyen also warned MEPs that the two sides still have yet to eliminate differences over fishing in each other’s waters and the level playing field.

She said “this is now a case of being so close and yet being so far away from each other.”

She also told European lawmakers that both sides had agreed to a “strong mechanism” of “non-regression” on labor, social, and environmental standards.

She added: “And of course difficulties still remain on the question of how to really future proof fair competition. But I’m also glad to report that issues linked to governance by now are largely being resolved.”

“Honorable Members, the next days are going to be decisive.”

The EU Commission chief’s remarks followed reports that the British government has asked Tory MPs to be ready for a vote on a possible deal next week.

“MPs have been primed to vote for a possible Brexit trade deal at the beginning of next week,” according to The Telegraph.

However, they said on Sunday that they were willing to go for the “extra mile” to reach a deal, reigniting hopes of a possible deal.

Teams from both sides have been in talks since Sunday, with reports that concessions were made by the UK and the EU on some issues, including fisheries.

The UK left the EU this Jan. 31 but then entered a transition period which is due to expire at the end of December.

UK voters decided to leave the bloc after more than 40 years of membership in a 2016 referendum.