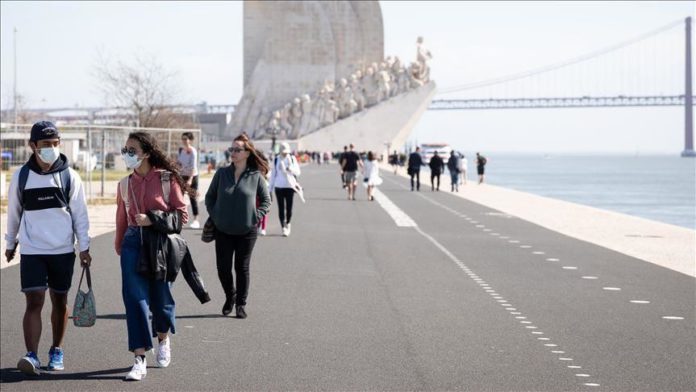 Starting on July 1, around 1 million residents of parts of Greater Lisbon will once again be confined to their homes amid rising novel coronavirus infections and deaths, Portuguese Prime Minister Antonio Costa announced Thursday.

The lockdown will last until at least July 14.

Nineteen of the city’s 24 districts will be affected by the confinement measures, but downtown Lisbon will not be included.

Residents of the 19 areas will only be allowed to leave their homes to go to work or for essential purposes such as buying food.

The announcement comes just days after five municipalities in the Lisbon region enforced an evening curfew for shops and limited gatherings to 10 people.

But, those restrictions were deemed too lax for parts of the capital region.

On Thursday, the Ministry of Health confirmed 311 new cases — 77% of which were in the Lisbon area.

In total, Portugal has confirmed 40,104 cases of the coronavirus. Nearly a quarter of them have emerged in the last month.

The country’s COVID-19 death toll also rose by six on Thursday to 1,549. Four of the newly reported deaths were in the Lisbon area.

So far, the country has been hailed for its effective response to the virus and ability to limit deaths when compared to neighboring Spain.

But lately, Portugal has been registering similar numbers of daily cases as Spain and even more deaths, despite the fact that it has only one-fourth of Spain’s population.

Costa called on individual responsibility, especially in places where cases are more concentrated, but also said the state would kick up enforcement.

“The security forces will cease to have a merely educational function and will begin enforcing laws through fines,” he told reporters.