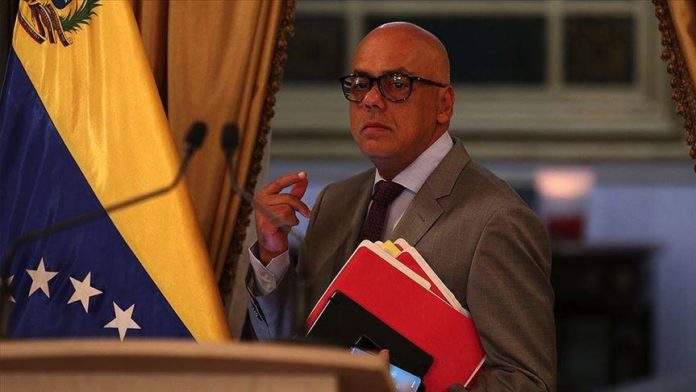 Venezuela’s National Assembly President Jorge Rodriguez said on Thursday that the country’s National Electoral Council should hold a “mega election” in 2021, allowing people to simultaneously vote for governors, mayors, as well as regional and municipal representatives.

In 2021, the state and municipal election cycles coincide, which prompted Rodriguez to propose holding of a joint election.

Rodriguez said that it is important for the country to “move forward,” arguing that there “are no longer any obstacles for the 2021 elections to be held.

“It is important that we move forward. There are no longer any obstacles for the 2021 elections to be held and in terms that the Venezuelan opposition sectors have requested to do, and if we go to a mega election we go, and let the people choose.” Rodriguez said.

Rodriguez’s remarks were part of a parliamentary discussion about allowing the National Electoral Council to freely determine any decision regarding the scheduling of the various electoral processes set to occur in 2021.

The motion was approved with unanimity by the assembly. On Dec. 6, the country held legislative elections, which resulted in the election of 277 deputies that are currently members of the Venezuelan parliament.

While the government of President Nicolas Maduro recognizes December’s election, the Venezuelan opposition as well as the US and the EU do not recognize its validity and legitimacy, claiming that the legislative election was neither free nor fair.

Other domestic actors have expressed their concern with holding elections in the middle of a pandemic. On this issue, Venezuela’s Minister of Communication Freddy Nanez said on Thursday in the last 24 hours, the country had 426 new COVID-19 cases and three deaths.