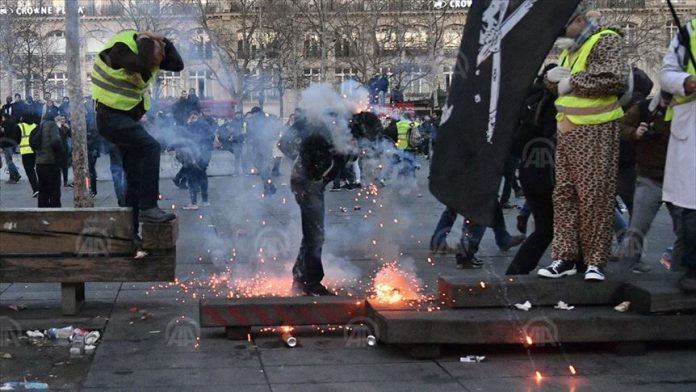 Thousands of people took to the streets of Paris on Thursday in a massive mobilization as the transport strike that has gripped the country marked its 43rd day, officially the longest of its kind for the country.

The estimate was 187,000 by the Minister of the Interior.

They marched from Montparnasse to Place d’Italie, down the Boulevard du Montparnasse and Boulevard de Port Royal, with police almost acting as an escort as they went. Each street that gave way was blocked by large plastic shields, a police van or two, and more armed officers.

Those guarding the streets appeared