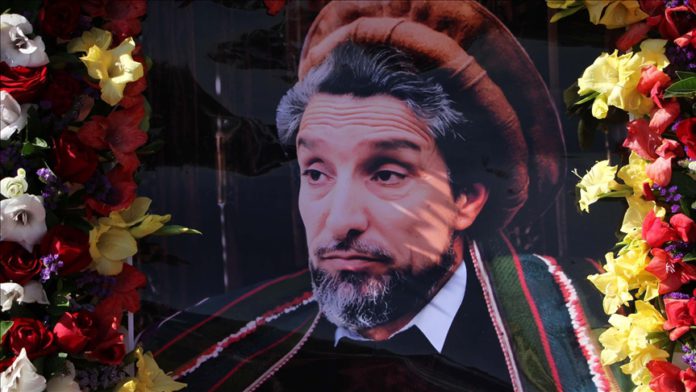 Twenty years after his assassination, France will honor the memory of Afghan hero and military commander Ahmad Shah Massoud with a plaque in the city of Paris.

The Council of Paris unanimously voted Tuesday to install a plaque in the 8th arrondissement in homage to Massoud, Arnaud Ngatcha, deputy of Paris Mayor Anne Hidalgo and in charge of international relations, said on Twitter.

Paris is the first city in the world to honor the peace veteran who fought for the freedom of Afghanistan and against the Taliban’s obscurantism, he said.

The proposal to commemorate Massoud in Paris, regarded as the “Lion of Panjshir” for waging a guerilla campaign against the Soviets, the Taliban and Osama bin Laden’s al-Qaeda, was supported by his longtime friend, philosopher, intellectual and journalist Bernard-Henri Levy.

Levy met Massoud in Afghanistan in the 1980s and delivered the first radio transmitters to help the Afghan resistance fighting against the Soviet occupation build a radio station called Radio Kaboul Libre or Radio Free Kabul.

A fluent French speaker, Massoud studied in Afghanistan’s only French high school and received limited support from the government, politicians and businessmen in France.

In April 2001, Massoud made his first visit to Europe, travelling to Strasbourg, France, where he was received at the European Parliament at the invitation of French politician Nicole Fontaine.

In his speech, he gave a clear warning about Bin Laden and al-Qaeda five months before the Sept. 11, 2001 attacks in the US. Massoud was reportedly assassinated by members of the Taliban and al-Qaeda on Sept 9, 2001, two days before the attacks.

Paris’s decision was met with delight in Afghanistan, with the top brass of the government, many of whom fought alongside Massoud against the fundamentalist and extremist forces, appreciating the honor.

Abdullah Abdullah, chairman of the High Council for National Reconciliation heading the peace talks with the Taliban and a close companion of Massoud’s who accompanied him to France, welcomed the gesture.

“Indeed, Massoud was a man of peace whose unwavering commitment to the cause transcended national borders. Massoud’s perpetual struggle and the ultimate sacrifice for freedom and justice will inspire future generations for a long time to come,” he said.

“I owe Massoud. We owe him. Afghanistan owes him. RIP the last humane, graceful & larger than life freedom commander.”

Massoud’s son Ahmad also thanked Levy and Hidalgo for recognizing his father’s contributions to peace, justice and freedom in Afghanistan.

“Afghanistan and France’s friendship has deep roots and we will never forget the contributions and assistance that the French nation provided throughout history. My father admired France’s history of defending these values and for this reason he cherished his friendship with the French people,’’ he said on Twitter.