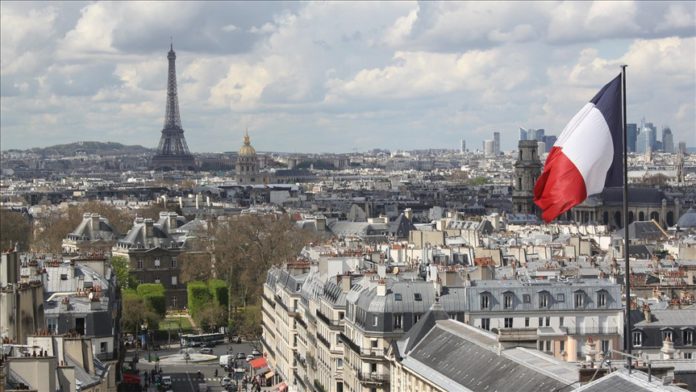 The only school in Paris which allowed students of all faiths the liberty to wear religious symbols — headscarves for Muslims, kippahs for Jews and crucifixes for Christians — was shut down on claims of practicing separatism.

The action on Nov. 23 under the French government’s ongoing campaign to “fight against radical Islam” taken against Meo High School, a private non-contractual educational institute, has left the future of 110 students in limbo in the middle of the academic year.

The decision came days after President Emmanuel Macron’s October speech to tackle “Islamist separatism” in which he promised greater supervision of schools. According to Macron, a political-religious project deviating from the Republic’s values was materializing in France through indoctrination, and this was reflected in the “removal of children from public schools, community sporting and cultural activities under the pretext of religious teachings.”

The Macron administration’s counter-radicalization strategy involving surveillance by the judiciary, intelligence, and other state agencies “to combat Islamism and communities withdrawing into themselves” has since 2017 caused the closure of 212 cafe/bars, 15 places of worship, four schools, and 13 charity and cultural establishments. Within this year, authorities have carried out 400 checks and ordered 93 closures.

The functioning of Meo High School was outlawed as part of this strategy.

“It is completely absurd and outright discriminatory to say we are separatists because we allow students to display religious signs,” Hanane Loukili, the director of the school, told Anadolu Agency.

The school has decided to appeal and challenge the false claims in a tribunal.

School targeted over claims of separatism

The school was scrutinized three times, starting in January, for “routine inspections” related to safety standards of its building and administrative workings. The authorities following every visit submitted investigative reports to a criminal court in Paris. They noted the presence of foreign teachers allegedly teaching without authorization.

Loukili refuted the claims of the authorities, saying Algerian and Tunisian origin teachers had worked as school instructors for over three years in France and their information was declared to the Rectorate of Paris in charge of the Academy of Paris under which the school functions.

But what shocked her was a joint press release issued by the Justice Ministry and Paris police on Dec. 9 claiming that the school was being closed based on “the Cell for the Fight against Radical Islam and Community Withdrawal of Paris” and controls were imposed on the school “with the aim of protecting children and young people”.

The note added that authorities had initiated action against Loukili for running a private school despite administrative opposition and criminal proceedings against two foreign national teachers suspected of being “leaders”.

“It then became clear to me that our school was being targeted for [claims of] separatism and not over reasons of safety or administrative technicalities. It’s because we allowed students with headscarves and religious symbols,” she said.

Loukili said that in the last five years of its operation, the school has proudly followed secular credentials following a government approved educational syllabus. It did not teach any religious studies. But its decision to permit teaching staff and students to wear religious symbols was wrongly misconstrued by some to deem it as a “Muslim school”, she added. A majority of the school’s students are Muslims, with at least 40% of girls donning headscarves.

She said the decision to not discriminate against students publicly practicing their faith was taken because no school in the capital region of Paris admitted them.

“Public display of religious symbols is a sensitive topic in France,” she added. “There is a lot of discrimination and harassment against students who choose to exhibit it. As a result, many choose homeschooling or drop out of public schools. We wanted to help such students, support them, and push them in their development,’’ she said.

The school’s unique nature attracted students like Ihsane R., who quit her Muslim school to enroll two years ago. The 17-year-old, who wears a headscarf and is majoring in geopolitics, aspires for higher studies in international development and work at the UN someday.

Ihsane explained that ambitious students like her in France have two choices: either join a public school where headscarves are now allowed or attend a private religious school which does not offer specialized subjects like geopolitics. The options boil down to either following faith-based practices and losing out on quality education or vice versa.

She said Meo High School was an exception for “being tolerant, having an openness of mind and offering programs based on national education”.

On Nov. 23, when the school’s premises were flooded with policemen and inspection authorities in the middle of an afternoon class, finally with a notice to close down the school, a number of students broke down in shock, fear, anger, and sadness.

Ihsane, however, decided to respond to the “injustice” by launching an online petition demanding Macron to immediately reopen the school and save the future of 110 students.

“To close our school is to undermine freedom of education and, above all, to destroy years of work and sacrifice,” the petition said.

Francis Boudvillain, a parent of a student at the school, said the action against the school was “unacceptable and racist in nature”. He said schools of other religious groups, including Catholics, Protestants, and Jews, also follow dress codes, but there was an undue focus only on Muslims.

“We don’t have a problem with separatism. If indeed it is to protect from terrorism, then targeting a school this way is a wrong attempt,” he said.